By Sarah Nelson, EdD., Contributor to US Daily Review. 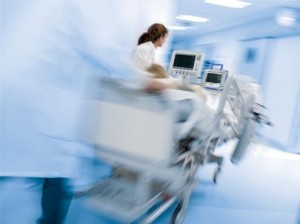 On October 24th, 2011, this Associated Press headline caught my attention “Singer Loretta Lynn hospitalized with pneumonia”. Loretta Lynn Enterprises confirmed that she had cancelled her concerts because ‘doctors have diagnosed her as being in the beginning stages of pneumonia’. At 76 years old, Loretta is doing well and is disappointed but feels confident she will be ready for upcoming November concert dates”.  Loretta Lynn has access to treatment. The next day, another headline caught my attention “Pneumonia cause of Rockford homeless man’s death”. The Rockford Register Star reported October 25th, 2011 that the man was found dead near a creek in the 900 block ofElm Street, having died of bilateral pneumonia according to Winnebago County Coroner’s Office. The report further confirmed that Donald Sturdivant was 43 years old and an autopsy revealed no trauma to his body. He may have been dead for two days before his body was discovered about 6:15 p.m. Sunday.  Donald Sturdivant did not have access to treatment.

Health care has become a contentious national issue since President Obama signed The Patient Protection and Affordable Care Act March 23, 2010. While courts decide on the constitutionality of this law, citizens are concerned about having access to treatment of disease regardless of age, gender, or social status, as in the cases of Loretta Lynn and Donald Sturdivant. The American Lung Association reports there can be up to 30 different causes of pneumonia. Understanding the cause of pneumonia affects one’s treatment and ability to recover. When does a citizen’s health stop being a personal responsibility issue and become a public policy issue? When a citizen lacks access to treatment of disease, and ends up dead as in the case of Donald Sturdivant. Based on the National Vital Statistics Reports (volume 59, number 4), published on March 11, 2011, influenza and pneumonia are listed as the 8th leading cause of death in the United States.

Why is access to treatment of diseases like pneumonia a public safety issue? When trends show a rise and spread of a disease, public policy is required to address the impact of such trends. According to the Journal of the American Medical Association (JAMA), Legionnaires disease (LD), a type of pneumonia, incidents increased for all age groups from 2000 to 2009, ranging from an 8% increase for persons aged ≤9 years to a 287% increase for persons aged ≥80 years. Among the 18,392 incidents cited in the report, 82% shared information about race – 78% were caucasian, 19% were black, and 3% were American Indian/Alaska Native, Asian, or other. Legionellosis cases reported annually from 2000 to 2009 increased from 1,110 in 2000 to 3,522 in 2009, and the crude national incidence rate increased from 0.39 per 100,000 persons in 2000 to 1.15 in 2009. The JAMA report explains that Legionellosis surveillance was added to the population-based Active Bacterial Core surveillance (ABCs) system in January 2011 to assess reasons for these increases in numbers of reported cases. According to Legionella experts, a patient can recover if treated appropriately with antibiotics on the onset of pneumonia. However, delay of treatment can result in death. The right to life is minimized when a 43 year old homeless man named Donald Sturdivant dies of pneumonia.

While we wait for the courts to decide on the constitutionality of The Patient Protection and Affordable Care Act, we can expect to read more headlines about whose life has been affected by disease. These headlines remind us that life is the most important constitutional right guaranteed to us. When we read a story about Donald Sturdivant whose life was ended by a curable disease, we can’t help but wonder what can be done in the future to give people like him equal access to treatment of disease. Often people ask me, ‘is healthcare a right?’ I don’t hesitate when I respond by saying “when it’s a life and death situation, then access to treatment becomes a right to life issue”. This is as true for the unborn as it is for those who lack access to treatment of disease. As disease trends change, non-profit organizations and free markets are limited in their ability to fully respond to the needs of all citizens. When it comes to protecting every citizen’s right to life, we need the power of a public policy framework that defines the role of states, non-profit organizations, and free markets in offering equal access to treatment of disease. When all citizens have equal access to treatment of disease, we won’t have to wonder what could have been done to save Donald Sturdivant, a 43 year old homeless man who died of a curable disease.