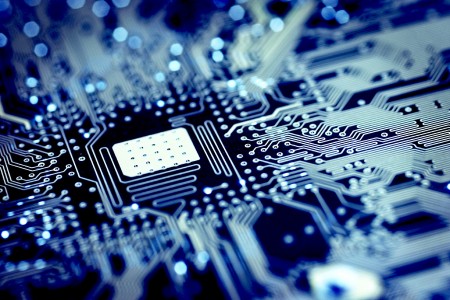 By Andrew Krabeepetcharat, Special for USDR

Although the prices of many goods have been trending upward over the past few years as the economy has been recovering, a sector of highly demanded products and services has actually experienced falling prices. Specifically, prices for certain technological products are declining not as a result of reduced demand, but rather due to shifts in technology.

Technological advances are causing some electronics to quickly become outdated. Customers increasingly demand the new products before existing products’ lives come to an end, making it hard for suppliers to charge top dollar for these tech products.

IBISWorld estimates that several technological products, including flash memory devices, point-of-sale (PoS) terminals, computer servers and e-reader devices, will face price drops during the next three years, primarily due to competition from substitutes.

IBISWorld projects that the prices of flash memory devices will decline at an average annual rate of 27.9% over the three years to 2017, faster than the past three years. 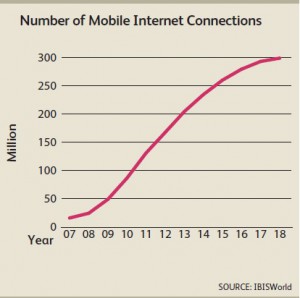 In fact, buyers with internet-enabled smartphones and tablets are able to easily transfer files over their mobile internet connections.

Because users have various substitute document storage and sharing options, buyers of flash memory devices can put purchasing decisions on hold as prices continue to decline rapidly over the next three years. 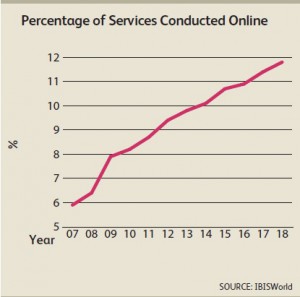 PoS terminals are facing increasing competition from services that allow the transfer of payments via a mobile device, such as a tablet or smartphone.

Services such as Square, BluePay and Google Wallet allow users to use their mobile phones or tablets as a means for payments.

Such services offer lower commission rates, further increasing competition for traditional point of sale terminals. As such, demand has been declining and is expected to continue doing so over the next three years, contributing to price declines of 1.8% per year on average for PoS terminals.

Buyers that need PoS terminals immediately can negotiate with suppliers by leveraging commission rates and other service charges from mobile merchant service firms.

Computer servers are systems that relay information across computer networks. As cloud computing has flourished the use of internal computer servers for private data processing has been contracting.

IBISWorld expects this trend will continue with the further proliferation of cloud computing and remote data storage and backup services by companies such as IBM and Cisco.

Small businesses and consumers purchasing computer servers for personal data hosting is becoming less practical and incentivizing users to switch to cloud-based data processing. But those businesses that do continue to require computer servers (like the major corporations that provide cloud-computing services) will benefit from steadily declining prices.

Their continued demand will keep prices from falling at a faster rate of the next three years. IBISWorld forecasts that the price of computer servers will fall at an annualized rate of 1.3% during the three years to 2017.

In the market for e-reader devices, Kindle and Nook have a high market share concentration, with the major players Amazon and Barnes & Noble Inc. earning more than 80.0% of total e-reader device sales.

With little competition, the quality and capabilities of e-readers have remained stagnant. More recently, however, some buyers have been opting to simply use tablets, such as the iPad or Google Nexus 7, instead of e-reader devices. And new players such as Kobo are expected to emerge and compete with the current major players.

In light of greater substitute options and market competition, e-reader producers will be pressured to lower prices. As such, the price of e-reader devices is projected to fall at an average annual rate of 5.3% during the three years to 2017.

IBISWorld advises buyers to hold off on purchase plans until these market trends push device quality up and prices down further.

To buy, or not to buy

Depending on the types of buyers seeking out flash drives, PoS terminals, servers and e-readers, the effect of forecasted price declines can vary.

Buyers that rely heavily on technology may still need to purchase some of these electronics immediately despite falling prices, while buyers whose operations do not rely on timely procurement of these products can benefit from lower prices by postponing purchases.

These latter buyers can typically delay purchasing tech products when they are not essential to current operations. Buyers that are not in dire need of some of these tech products should also wait for higher-quality versions of the products because they are changing quickly due to their early phase in the product life cycle and quick time to obsolescence.

Finally, with improving technology, substitutes that provide more efficient and cost-effective solutions may become more attractive in the future and incentivize buyers to switch to a new and different product altogether.