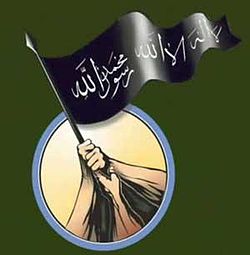 The human rights organization American Freedom Defense Initiative (AFDI) is restoring an FBI bus ad campaign in Seattle that was taken down because it made the truth about jihad terrorism too clear for Islamic supremacists and politically correct politicians.

The Joint Terrorism Task Force recently launched a publicity campaign for the U.S. Department of State’s Rewards for Justice (RFJ) program. RFJ offers up to $25 million for information that helps stop terrorism.

The RFJ program has been quite successful: through it, the State Department’s Bureau of Diplomatic Security has paid over$125 million to more than 80 people who offered genuine information that led to jihadis being jailed and prevented acts of jihad terror. This program was instrumental in leading to the arrest of jihadist Ramzi Yousef, who is now in prison for his role in the 1993 World Trade Center bombing. This program saves lives.

But Jeff Siddiqui, the founder of American Muslims of Puget Sound, then claimed that Seattle-area Muslims called him, saying the Most Wanted Terrorists ad campaign made them “concerned for their safety.” He said the ad would be just as bad if the government had posted an ad on buses with the faces of people from a single ethnic group and the caption “the face of murders in the United States.”

Congressman Jim McDermott (D-WA) wrote to the FBI demanding that they pull the campaign, which he claimed was “offensive to Muslims and ethnic minorities” and encouraged “racial and religious profiling.”

McDermott claimed that the FBI’s Most Wanted Terrorists list included people of other races and “associations with other religions and causes.” But, he said, “their faces are missing from this campaign.” He said that the ad would “likely only serve to exacerbate the disturbing trend against Middle Eastern, South Asian and Muslim Americans.”

Contrary to McDermott’s claims, FBI statistics show that Jews are eight times more likely to be targets of hate crimes than Muslims. And the ad was not unfair: of the FBI’s 32 Most Wanted Terrorists, only two are not Muslims.

AFDI Executive Director Pamela Geller explained in a statement: “If McDermott wanted the FBI to leave the Muslims off the Most Wanted Terrorists ad, he’d first have to convince Muslims to stop committing terror attacks in the name of Islam. But instead, he succeeded in getting the FBI to remove the ads. The FBI caved to this ridiculous imposition of Sharia blasphemy laws and political correctness.”

Geller continued: “And that means that we’re going to have to do their job for them. We’re taking it upon ourselves to alert the public to the nature and magnitude of the terror threat. At our own expense, we’re going to run the same ad on Seattle buses.”

The AFDI ads exactly replicate the FBI ads, and will be appearing in Seattle in the near future.