If we were to rank the world’s continents based on the number of adventure-filled attractions they offer, Africa would undoubtedly make it to the top of the list. In 2017 alone, Africa hosted over 62.7 million international tourists, which represented an 8.5% increase from 2016. These statistics only go to show how bullish the future looks for Africa as a tourist destination.

From epic safari destinations in East Africa to desert hikes up north and vibrant nightlife in various cities across the continent, Africa has everything it takes to appeal to different kinds of tourists. In this article, we discuss the top 5 most adventurous things to do and see in Africa.

⦁ Go on Scintillating Game Drives in Masai Mara Game Reserve
East Africa is synonymous with safaris and breathtaking game drives. And a special highlight is the Maasai Mara Game Reserve that’s located on the southwestern plains of Kenya. Maasai Mara is situated some 280 kilometers from the country’s capital, Nairobi. The park overlaps with Tanzania’s Serengeti National Park, only separated by the Mara River. Together, Masai Mara and Serengeti National Park make up the world-popular Mara-Serengeti national park.

Road drives to the Mara are somewhat bumpy, which makes flying into the park the fastest way to get there. From Nairobi, you’ll take a one-hour flight into Mara Serena Airport which is located within the park. If you opt for a road trip to Masai Mara, the drive takes 7 hours.

In 2017, Maasai Mara was feted as the best national reserve in Africa, thanks to its rich wildlife biodiversity. The park is home to Africa’s Big Five as well as jackals, hyenas, cheetahs, and other endangered species, such as roan antelopes and the nocturnal bat-eared fox. The Mara teems with 470 bird species, 60 of which are species of raptors.

The best time to visit Maasai Mara is during the Great Migration from July to October. The Great Migration features more than a million wildebeests, over 500,000 Thomson’s gazelles, hundreds of thousands of zebras, and other herds that cross into the Mara from the neighboring Serengeti National Park. The Mara River, which lies on the migratory route, is an excellent spot to catch all the action as the crossing over triggers a feeding frenzy from the resident Nile crocodiles.

Historically, the Mara river crossing occurs between June and August, but no one knows exactly what triggers it or exactly when it will start. The workaround here is to plan your Masai Mara migration safari with a local travel agency such as Ajkenyasafaris.com. Their guides were born and raised in the Mara, and they will keep you up-to-date with the location of the herd. 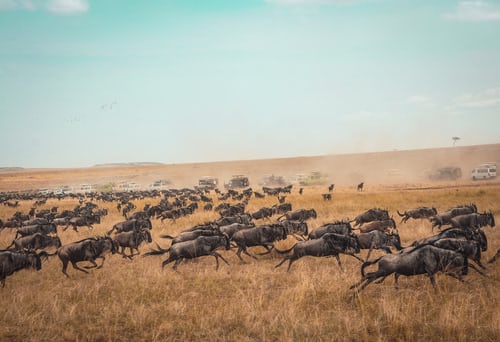 Considered the only surviving member of the Ancient Wonders, these imposing landmarks offer a glimpse into the Egyptian pre-historic cultures and architecture. The Great Pyramids share the Giza plateau with another ancient iconic landmark, the Great Sphinx.

The best months to visit are from October to April when temperatures are lower. However, avoid December to January as they’re characterized by crowding. 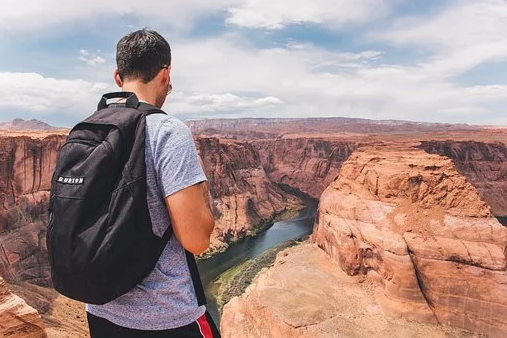 0. Experience Africa’s Enchanted Beaches
Africa teems with awe-inspiring beaches spread throughout the continent’s coastlines, from the Essaouira Beach in North Africa to Camps Bay in South Africa. West Africa also has its fair share of beaches, ranging from Loango National Park in Gabon to Beyin Beach in Ghana and Cap Skirring in Senegal.

However, East Africa claims the Lion’s share of Africa’s most enchanting beaches. The Diani Beach located in the Kenyan coast is an unmistakable jewel. It has been voted Africa’s top beach destination for six years in a row.

The easiest way to get to the beach is by a domestic flight from Nairobi to Ukunda Airstrip. From Ukunda, your Kenya Kenya tour operator help you to maneuverer the remaining 1.7 kilometres.

Diani’s pristine waters make it an excellent destination for swimming, jet skiing, sky diving, snorkeling, and kitesurfing. The beach is situated close by other points of interest, such as the Robinson Island, Wasini Island, and Shimba Hills National Reserve.
The ideal time to visit Diani Beach is either during the cooler months of July through September or the hotter and drier months of January through March.

0. Go on Wine Tasting Tours across Africa’s Wineries
Africa is mostly famous for its matchless wildlife experiences, and the idea of wine tours may sound a little farfetched. However, the continent boasts its fair share of wine-tasting opportunities. Though these tours aren’t as elaborate as those of places like Alsace, Bordeaux, or Napa Valley, they still offer experiences that are fulfilling and exciting.

The Winelands Tour of South Africa, stretching over 200,000 acres of vines in over 300 vineyards, is a perfect place to consider for your wine tour safaris in Africa. Winelands stretches from majestic landscapes to open plains, covering 27 districts from Eastern Cape through KwaZulu Natal.

The fastest way to get there is to take the N2 and travel east from Cape Town. After a 45 minutes’ drive, you’ll land at Stellenbosch. From Stellenbosc, you can take the scenic route through the Helshoogte Pass and drive for half an hour to Franschhoek, which is the epicenter of the wine tours. The best way to get around the Winelands is through guided bicycle tours.

While visiting the Winelands, spare time to sample South Africa’s exotic wines. Examples include the famous red Pinotage and the vintage sauvignon blanc. The best months to visit South Africa’s Winelands are from March to May.

0. Explore Indigenous Cultures While Shopping On the Go
Africa is endowed with hundreds of indigenous tribes and communities. And the only way to share in their cultures and heritages is to interact with them up-close in their local markets. There are thousands of bustling markets spread across Africa, and then there’s the Djemaa el-Fna located in Marrakech, Morocco.

The Djemaa el-Fna in Marrakech offers limitless opportunities to taste the region’s delectable cuisines and grab souvenirs as you seamlessly interact with the locals. Located in old Marrakech, this UNESCO-inscribed souk is characterized by labyrinths and meandering aisles through its numerous stalls and antique shops.

Djemaa el-Fna doesn’t come alive until in the late afternoon when juice sellers, herbalists, teeth pullers, and snake charmers set shop. The market bustles with activity till late into the night, allowing for a seamless transition into its nightlife.

Communal games, slapstick comedy acts, and musical performances are some of the activities that characterize the souk’s nightlife.

Like the rest of Marrakech, the best time to visit Djemaa el-Fna is during spring (from March to May) or fall (September to November). 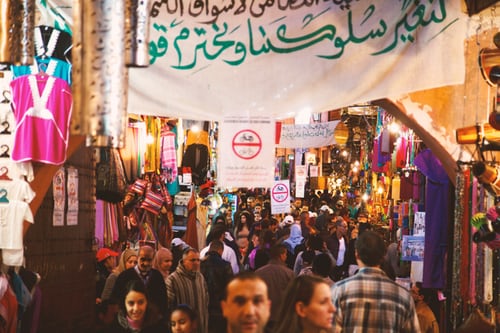 Wrapping UP
From North to South, East to West; there’s no getting enough of Africa’s rich diversity. With thousands of places to visit and a thousand more things to do, your tour across Africa will be nothing short of surreal. Visit Masaimarasafari.in and start planning your African safari.