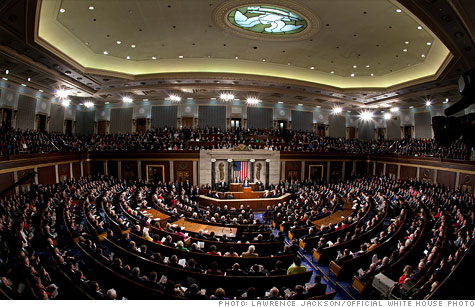 Rep. Kevin Brady, Chairman of the Congressional Joint Economic Committee commented today’s employment situation report from the Bureau of Labor Statistics (BLS) that the economy added 214,000 nonfarm payroll jobs (209,000 in the  private sector)  and the unemployment rate ticked down to 5.8% during the month of October.

“In poll after poll, the American people have cited the economy as the nation’s single most important issue.   On November 4, 2014, Americans overwhelmingly rejected the President’s failed economic policies that have generated a large and persistent Growth Gap in terms of real output, jobs, and real after-tax income compared with the average of other recoveries since 1960,” Brady said.

“Even with today’s generally positive jobs report, compared with an average recovery, the private sector jobs gap stands at 5.9 million.  Just to get back to average by the end of the President’s term, the economy would have to add nearly 400,000 private sector jobs each and every month.  We must do better,” Brady continued.

“If President Obama is willing to put liberal ideology aside and work with the newly elected Republican Congress, we can make the economic policy changes that the American people have demanded.  President Obama should start by approving the Keystone-XL pipeline and accelerating the permit process for new energy production on federal lands and offshore.  Next, the President should ask Congress to approve trade promotion authority to open new markets for American-made goods and services.  And then we can work together to enact a pro-growth tax reform that will replace our broken tax code,” Brady concluded.