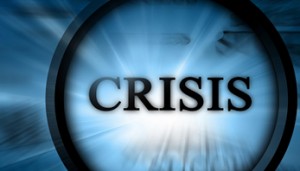 Social issues continue to dominate the headlines. Yet according to a new Gallup Poll; Americans’ explanations of what they consider to be the most important moral problems facing the country focus on general issues of civility, family structure, religion, and morals in general — rather than more politically charged issues such as abortion and gay marriage.

Americans are more than twice as likely to rate the state of moral values in the United States as “poor” rather than as “excellent” or “good.” Sure the percentage is up slightly in this survey, but to be clear this general attitude of the decaying state of moral values is pretty much unchanged over the last decade. In fact, Americans are most likely to cite a lack of respect or tolerance for other people as the most important problem with moral values. This says plenty about the current state of your neighbor, your partner or your client, and explains a great deal as to the general mood of the business community. People don’t trust easily, and they lack the respect or the compassion of thy fellow man.

Number one: There is always an exception to the rule.
Number two: The rule is that Americans don’t wrap themselves in social issues.
Number three: The exception is that there will always be people who have their own personal agenda, which will trump any form of commonsense.

Although Americans are down on the current and future state of moral values, these generally negative opinions are unlikely to influence their vote in the upcoming presidential election. Few Americans cite a moral or social issue as the most important problem facing the country, and moral issues rank far behind other issues when U.S. voters rate the importance of various issues to their vote. The general sense on the business streets of America is one of great uncertainty. We’re in a ‘survival mode’ as opposed to a ‘plan for the future mode’. There is a new distraction grabbing the headlines every day of every week. The media shift is evident in the time that news anchors and commentators spend on stories of national and economic interest – in some cases it’s almost non-existent. I would go as far as saying that the essential headlines of the day have become nothing more than footnotes.

The President coming out in support of gay marriage caught many Americans and Politicians in Washington off-guard. The Newsweek magazine cover with the rainbow halo above the president’s head with the words ‘The First Gay President’ certainly was entertaining and fodder for the news media. Many of us were left wondering why the President would kick off his general election campaign with an issue so divisive as gay marriage. Apparently the President wants to avoid conversation on the economy, jobs, energy and the deficit; but instead would prefer to talk about gay marriage, contraception, Trayvon looking like the son he never had and slow jamming the news.

This is clearly just another distraction in a long line of distractions that clutter the minds of Americans. Could it be that the President wishes to distract Americans from the real challenges facing our country? How can we forget that in 2007 President Obama ridiculed President Bush on his expansion of the deficit, the irresponsibility and failure to lead while bankrupting the future for our kids and grandkids. Obama promise to cut the deficit and put the country back on a winning track has failed miserably. Obama expanded our national debt by $6 trillion, (when he leaves office this January) which is a historical milestone giving him the distinct honor of the Chief Expander and Deficit Creator Of All Time!!!

There are a myriad of real challenges facing America that will require BOLD leadership if we are to turn this economy around. Let’s start with creating prosperity for all Americans, bringing jobs to the forefront, addressing the price of gas and food, creation of a fifty year real energy plan and my personal favorite; the reversal of the bankrupting of America.

Get your competitive edge, SMASH the Competition…the right way!