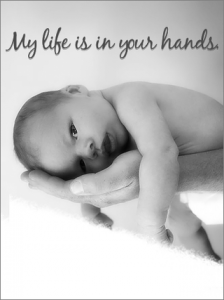 Americans United for Life President and CEO, Dr. Charmaine Yoest, praised Texas Governor Rick Perry and members of the state House and Senate “for protecting the lives and health of women too often victimized in abortion clinics.” She noted the heroic efforts of the Texas legislature and governor in going into a special session to consider legislation aimed at reining in an unmonitored, unregulated and unsupervised abortion industry, as well as legislation based on AUL-model legislation that would require life-ending drugs to be administered only by following FDA protocols.

Now awaiting Governor Perry’s signature, the law would also limit abortions after 5 months of pregnancy, would require that abortions take place in facilities regulated like out-patient surgical facilities, and be performed only by physicians who have admitting privileges at local hospitals so that the best care possible would be given in a life-threatening emergency.

“What we are seeing in Texas is that the abortion lobby is out of touch with the American people who are asking their state legislators to do something about an unregulated, unmonitored, and unaccountable abortion industry,” said Dr. Yoest.

She continued: “Texans asked for greater protections for women and girls, and their legislators responded. For too long, the abortion lobby has bullied the country through the courts, but a desire for common-sense regulation of abortion is being heard across the country … and even in Washington, D.C.”