After a year where two 1990s Internet darlings took home the top places in Reputation Institute studies–Amazon in the U.S. and Google, globally–food & beverage and consumer product companies roared back to the top of the reputation heap. Reputation Institute, the world’s only pure-play reputation management consultancy, in partnership with Forbes Media, released findings from their 2012 U.S. RepTrak™ Pulse; a study that measures the 150 largest U.S. public companies. General Mills ranked number one in the study with a Pulse score of 83 after just missing the top 10 in 2010 and 2011. The company scored strongest in three key drivers of reputation, namely Products & Services, Governance and Leadership–and was also #1 in Citizenship. 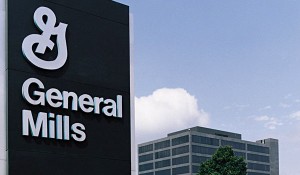 “We value our corporate reputation tremendously and work hard every day to foster and honor the trust of our stakeholders. For us, building this trust includes delivering nutrition and value to consumers through innovation, strong community engagement, a commitment to protecting the environment, as well as developing strong leaders to grow our business around the world. We believe consumers reward companies that operate with integrity and stay focused on doing what is right over the long-term,” said Ken Powell, Chairman and CEO of General Mills.

The U.S. Top 10 was filled with competitors from the grocery aisles (with #1 General Mills, #2 Kraft and #4 Kellogg’s all in the top five), cola wars (Coca-Cola #7 and Pepsi #9 respectively) and tablets/e-readers (#5 Amazon and #8 Apple) as well as perennial top 10 companies like #3 Johnson & Johnson and #6 UPS. Perhaps the most interesting new entrant was legendary consumer product brand portfolio manager Procter & Gamble–from #21 last year to #10 this year–which only began publicly using its corporate brand in the U.S. for the first time around the 2010 Winter Olympics.

Since 2009, U.S. companies have been competing in a new Reputation Economy, where WHO THEY ARE matters even more than WHAT THEY PRODUCE, according to general public sentiment. Framing this in the context of critical consumer behaviors, including purchase consideration, loyalty and recommendation–company or “enterprise” perceptions explain 60% of these behaviors, with product perceptions only accounting for 40%.

To support C-suite executives and boards in search of how to make more confident and effective business decisions in this new paradigm, Reputation Institute also asked “Chief Reputation Officers” (either the Chief Executive Officer, Chief Marketing Officer or Chief Communications Officer) from these 150 companies about their preparation and strategies to drive growth in today’s topsy-turvy marketplace:

• Those 24% of companies furthest along the five-phase reputation management journey now invest over 40% of their annual budgets on corporate reputation–a 200% difference versus all other companies
• Of these same leading companies, a sizable proportion (51%) report the CEO’s Office as the primary functional leader responsible for setting the reputation strategy
• Reflecting the same trend, nearly all (96%) of advanced companies build reputation priorities into annual business planning
• Additionally, 41% percent of these progressive companies use reputation as a Key Performance Indicator, which is a higher percentage than customer retention/loyalty, brand health, or Net Promoter scores.

“The best corporate reputations of the next decade will not be built by accident or through products alone,” says Anthony Johndrow, Managing Partner of Reputation Institute. “Companies who both have and are able to tell a differentiated, enterprise-wide story that translates into employee ambassadorship and earns marketplace support from external audiences are the emerging leaders of the Reputation Economy,” he added.

• Consumer products remains the highest ranked industry (72.24), while Tobacco is still the weakest industry (44.6)
• The top three drivers of corporate reputation with the U.S. general public remain Products & Services (17.5%), Governance (15.6%), and Citizenship (14.2%). These drivers have stayed consistent for the last 5 years.
• The top individual companies by reputation dimension include Amazon.com, Apple, and General Mills. Amazon.com wins in both Products & Services and Governance (for the 2nd year in a row). Apple places first in Innovation (now three years running), Leadership, Performance, and Workplace, while overall #1 General Mills places first in Citizenship and placed in the top 10 across all 7 dimensions.
• While nine in ten companies (91%) saw their scores stay the same or drop, a handful of companies did show significant improvements in their Pulse scores. These companies were largely viewed by the public as turning in strong financial performances while doubling down on successful citizenship efforts. The biggest movers included AIG (+16), General Mills (+6), ExxonMobil (+7) and Abbott Labs (+6).
• The biggest drops in reputation in 2012 include Time Warner (-10 points), Bank of America (-10 points), and AMR (-9 points), Altria (-9 points), and UAL (-9 points).

Reputation Institute is the world’s leading reputation management consultancy, enabling leaders to make more confident business decisions that build and protect reputation capital and drive competitive advantage. Founded in 1997, and with a presence in 30 countries, we provide best-in-class thinking in reputation consulting and deliver fact-based insights to empower more confident decision-making, enabling our clients to achieve their corporate objectives. We also disseminate our knowledge, bringing together a global network to leverage extensive research, sophisticated analysis and rigorous methodologies that strengthen relationships and add tangible value through management, growth and protection of corporate reputations. For more information, visit: www.reputationinstitute.com.