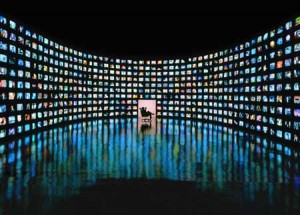 The weekly audience of all forms of online radio is now at an estimated 76 million Americans age 12 and older, reaching 29 percent of the population and representing an increase of more than 30 percent from one year ago according to the new national survey from Arbitron Inc. (NYSE: ARB) and Edison Research, The Infinite Dial 2012: Navigating Digital Platforms.

The study, released today, is the 20th in a series of studies dating back to 1998.  Among the many other findings:

“We’ve been tracking the usage of online radio in this series since 1998, and this year’s increase in weekly usage is the largest year-over-year jump we’ve ever recorded. The increased demand for online audio content, and the ever-expanding variety of that content, shows that online radio continues to be a resilient, adaptive media for the changing needs of today’s consumer,” saidBill Rose, Senior Vice President of Marketing, Arbitron Inc.

“The jump in weekly online radio usage is remarkable, but really a trailing variable to the rise in smartphone penetration, which has enabled much of that growth,” said Tom Webster, Vice President of Strategy and Marketing, Edison Research. “The increasing ubiquity of the mobile web is profoundly altering the quantity, nature and context of media consumption in America.”

This study, as well as previous studies, may be downloaded free of charge via the Arbitron and Edison Research Web sites atwww.arbitron.com and www.edisonresearch.com.

How the study was conducted
A total of 2,020 persons were interviewed to investigate Americans’ use of digital platforms and new media.  From January 20 to February 19, 2012, telephone interviews were conducted with respondents age 12 and older chosen at random from a national sample of Arbitron’s Fall 2011 survey diarykeepers and through random digit dialing (RDD) sampling in geographic areas where Arbitron diarykeepers were not available for the survey.  Diarykeepers represent 45% of the completed interviews and RDD sampled respondents represent 55% of the completed interviews.  The study includes a total of 500 cell phone interviews.