Tablet devices have emerged as the leading second-screen alternative to television for viewing full-length episodes, according to “Tapping Into Tabletomics,” a new study released today by Viacom (NASDAQ: VIA, VIAB). The new research examines consumer behavior and emotions around the tablet user-experience, with a focus on tablets as TV and the dual-screen experience.

Drawing on a national online survey of more than 2,500 people ages 8-54 as well as qualitative, in-depth interviews with dedicated tablet users in New York and Los Angeles, “Tapping into Tabletomics” found that, in just a few years, tablets have risen to second-screen prominence for full-length TV (FLTV) show viewing, ahead of computers. Out of total time spent watching FLTV shows, 15% of viewing occurs on tablets.

Since tablets came into play, FLTV show viewing on desktops and smartphones has declined the most. Top genres viewed on tablets – comedy and music – align more with computers than the TV. Reality is the top genre viewed on television, followed by drama, science fiction and sports.

While watching television, many respondents use tablets to multitask or as a complementary experience via apps like MTV’s WatchWith and VH1’s Co-Star, designed as add-ons, rather than distractions, to the television screen. 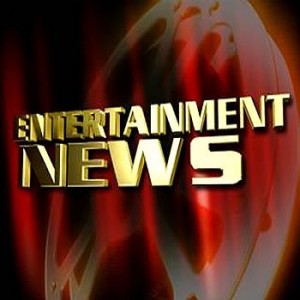 “Our audiences are some of the most deeply engaged and active across social platforms,” said Colleen Fahey Rush, Executive Vice President and Chief Research Officer, Viacom Media Networks. “Co-viewing apps create more meaningful ways to reach them and represent an entirely new level of engagement for fans of our content.”

Overall, television continues to provide the best experience. When asked about everything from sound/picture quality to watching current episodes to ease-of-use, the TV experience won on every dimension. One participant said: “If I’m looking forward to watching a sporting event or going to watch my favorite TV show, I still watch them on TV because it’s just not the same. The iPad is too small to watch something like that.”

The research reveals emotional connections to this device unlike any other in the household. More than 50% of respondents said their tablet makes them feel happier and more relaxed, while 49% said tablets make them more effective at managing life. Forty percent agree that “my tablet brings out the best in me” and 39% said tablets boost creativity.

One participant succinctly summed up her close relationship with her tablet: “The iPad is my form of entertainment, relaxation, fun, and opportunity to get information. It’s my personal space, in a sense.” However, not all tablet users feel the same. “Tapping into Tabletomics” revealed varying degrees of tablet love across four distinct segments of tablet users.

Rush continued, “We found that the tablet is a jack of many trades – it offers video and social experiences, it’s a source of information and it’s portable. But despite its versatility, other devices prove irreplaceable.”

According to a company statement, “Viacom is home to the world’s premier entertainment brands that connect with audiences through compelling content across television, motion picture, online and mobile platforms in over 160 countries and territories. With more than 160 media networks reaching approximately 700 million global subscribers, Viacom’s leading brands include MTV, VH1, CMT, Logo, BET, CENTRIC, Nickelodeon, Nick Jr., TeenNick, Nicktoons, Nick at Nite, COMEDY CENTRAL, TV Land, SPIKE and Tr3s. Paramount Pictures, celebrating its 100th year in 2012 and creator of many of the most beloved motion pictures, continues today as a major global producer and distributor of filmed entertainment. Viacom operates a large portfolio of branded digital media experiences, including many of the world’s most popular properties for entertainment, community and casual online gaming.”

Sponsor: Protect your business from the problems of staffing, contact Murray Resources.