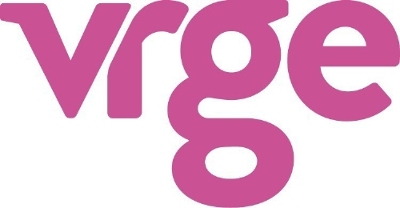 By  Vrge Strategies, Special for  USDR

As Apple and the FBI square off over whether the feds should get access to the iPhone of a shooter who killed 14 people in the San Bernardino terror attack, Americans are uneasy about whether the tech company should be required to help the FBI unlock the phone and distrustful of how law enforcement would handle personal information on their  devices.

Apple’s refusal to unlock the phone has sparked a fierce debate over what should take priority – national security needs or the right to privacy. Just half of Americans believe that Apple should be required to unlock the phone, according to the Vrge Analytics survey of 600 Americans conducted February 18-19,  2016.

But that support dips to under half (46 percent) when asked the hypothetical question whether Apple should unlock their own smart phones at the FBI request. And Americans are clearly uneasy over whether the FBI can be trusted with the personal information they  found.

According to the survey, only 41 percent of Americans said that they would “trust that the FBI would handle my personal information in a responsible manner and not use it to harm me.” Among demographic groups, millennials and those living out west were most apt to be distrustful of the FBI acting responsibly with personal information – providing some clues perhaps into why the presidential campaigns of Bernie Sanders and Donald Trump have resonated with  voters.

Trust, or distrust, clearly drives American’s views. Among those who said they don’t trust the FBI to handle their personal information responsibly, 65 percent don’t believe that Apple should be forced to unlock the shooter’s iPhone and 76 percent would want Apple to refuse to open up their own device if asked by the  FBI.

“This standoff has put a spotlight on a 240-year-old principle of privacy that is being tested by technology, terrorism, and trust of our government,” said Tom Galvin, partner at Vrge Strategies, which conducted the survey. “In a post-Edward Snowden breach era, tech companies do not want to be seen as being in bed with government, and the government is prioritizing national security over privacy  concerns.”

“The conflict is clear: citizens expect tech companies to keep their information private, but they also expect government to keep them safe,” added Galvin. “This court battle pits those principles against each  other.”

Despite numerous data breaches, digital tracking tools, and Americans sharing their lives on social media, citizens still have an expectation of privacy, according to the survey. Two-thirds of Americans (67 percent) said, “Of course we should still have an expectation of privacy, technology doesn’t change that.” Tellingly, that number jumps to over 80 percent for those who said they don’t trust the  FBI.

Other insights from the  survey:

“We are heading into a time of enormous conflict spurred by how technology is reshaping our culture and laws,” said Galvin. “Navigating that change, whether you are a Silicon Valley upstart or a government body struggling to make sense of it, will be the difference between success and failure for the next  decade.”

Full results of the survey, which has a margin of error of 3 percent, are available upon  request.

Based in Washington, DC, San Francisco, CA and Seattle, WA, Vrge helps startups and established companies – disruptors and the disrupted – navigate this uncharted territory by positioning them, identifying the audiences that matter most, and creating advocacy campaigns to advance their goals – whether they be legislative, regulatory, societal or business-to-business. For more information, go to  www.vrge.us.