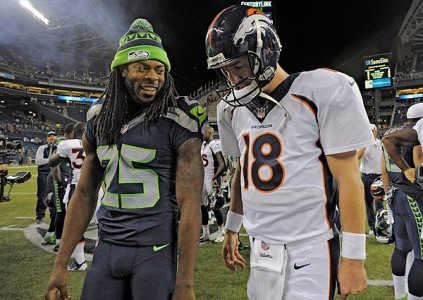 In September and October, it’s an argument that happens year after year in sports bars nationwide. But, it might be that it’s one that comes to an easy conclusion, as football continues to dominate over baseball as America’s Favorite Sport. Over one-third (35%) of adults who follow at least one sport say professional football is their favorite sport, while just 14% say baseball is their favorite.

These are some of the results of The Harris Poll® of 2,311 adults surveyed online between December 11 and 17, 2013 byHarris Interactive. (Full results, including data tables and a complete list of sports tested, available here)

Looking at how other sports fared, just over one in ten sports fans (11%) say college football is their favorite sport, while 7% say it is auto racing, 6% say men’s professional basketball, 5% say hockey and 3% say it is men’s college basketball. All other sports are favorites for 2% or less of sports fans.

There are some fluctuations in favorites over time. Since this question was first asked in 1985, professional football has gone up 11 points, from 24% of sports fans saying it was their favorite sport then to 35% saying so now. Baseball, on the other hand, has gone down 9 points, from 23% in 1985 to 14% today.  Hockey has gone up 3 points while men’s tennis, men’s college basketball and horse racing have all gone down 3 points.

Some people favor a sport more than others
When it comes to the top sports, different groups are more likely to cite them as favorites. Those who live in rural areas (44%), people with a child under 18 (42%), and Easterners (39%) are more likely to say professional football is their favorite sport, while those with a post graduate degree (24%), Echo Boomers (31%), and Liberals (31%) are less likely to do so. When it comes to baseball, Hispanics (19%), those with a household income of $100,000 or more (18%), and suburbanites (18%) are more likely to cite it as their favorite sport; African Americans (7%), those who live in rural areas (8%) and Echo Boomers (10%) are least likely to say baseball is their favorite.

Looking at college football, those in the South (17%), those with a post graduate degree (17%) and college graduates (16%) are more likely to say this is their favorite, while Easterners (4%), Hispanics (7%) and Democrats (8%) are least likely to say college football is their favorite sport. When it comes to auto racing, it is more likely to be the favorite for those living in rural areas (12%), those in households with an income under $35,000 (12%), and those with a high school or less education (11%); auto racing is less likely to be the favorite for African Americans (1%), Hispanics (2%) and both post graduates and college graduates (3% each).

To view the full findings, or to see other recent Harris Polls, please visit the Harris Poll News Room.