By US Daily Review Staff. Source: Health and Human Services.

An estimated 29.1 million adults (12.7 percent) have been diagnosed with asthma in their lifetimes, and 18.7 million (8.2 percent) still had asthma, according to 2010 data from the Centers for Disease Control and Prevention. The report, Asthma’s Impact on the Nation, is the first state-by-state data gathered using the Asthma Call-back Survey, an in-depth survey conducted among people with asthma identified by the CDC Behavioral Risk Factor Surveillance System. 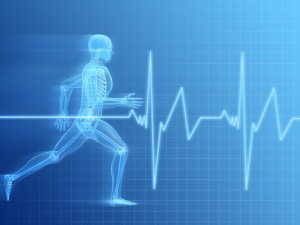 “The information in this release is a stark reminder that asthma continues to be major public health concern with a large financial impact on families, the nation, and our health care system,” said Christopher J. Portier, Ph.D., director of CDC’s National Center for Environmental Health and the Agency for Toxic Substances and Disease Registry.  “A key component for adults and children is to create and follow an asthma action plan. Significantly, this analysis reveals that more than half of all children and more than two-thirds of all adults with asthma do not have an individualized action plan. CDC encourages those with asthma to work with their doctors to take control of this disease.”

Asthma’s Impact on the Nation is the first release from CDC’s National Asthma Control Program to describe asthma prevalence, health care utilization, asthma management and education, and mortality trends for the program’s funded grantees in 34 states, the District of Columbia, and Puerto Rico. Comparing asthma prevalence by age, sex, race, and ethnicity, the CDC found socioeconomic and racial contrasts in asthma occurrence and management in children and adults.

May is designated as National Asthma Awareness Month, as a part of CDC’s efforts to raise awareness to the seriousness of asthma’s impact. Join Dr. Portier on Twitter (@CDC_DrCPortier) today from 1-2 pm EDT for a chat on ways you can control asthma. The chat will also include highlights from the latest data from CDC’s National Asthma Control Program. Join the conversation by using #CDCasthma in your messages.

Additional highlights from Asthma’s Impact on the Nation release:

Asthma is one of the most common lifelong chronic diseases. Asthma affects the lungs, causing repeated episodes of wheezing, breathlessness, chest tightness, and coughing.