By The “Money Coach,” Special for US Daily Review. 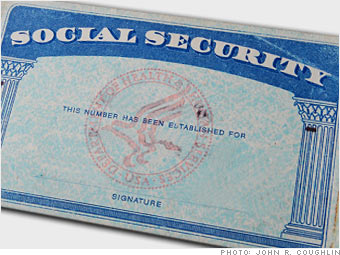 Four in ten Americans, or 39 percent, say that by 2036 the retirement age will jump to age 80, according to a new survey commissioned by Engage America for its new Social InSecurity Project and conducted by GfK Roper Public Affairs, a division of GfK Custom Research North America.  This acceptance by this Americans that the change will happen, might mean that a larger would be open to even more modest reforms immediately, especially if it protected individuals above a certain age.

This finding illustrates that many Americans think Social Security will not exist in its current form when they retire. In fact, the Social Security Administration reports that by 2036 they will not have enough cash to pay promised benefits. Social Security is under threat as Americans live longer and the number of citizens reaching retirement age grows. Unless changes are enacted, retired Americans as of 2036 will receive only 77 percent of the payouts promised.

For the first time, the public can easily calculate their Social Security contributions and grasp how they might be shortchanged. The numbers are grim for those under 50, as demonstrated by the samples below:

Vote for Action
On the web site, the public can vote on a range of solutions to make Social Security solvent for the long term that will not require Americans to continue working until age 80. Engage America will leverage the results to advocate for change.

A Solvable Issue
Social Security is a solvable issue that, if resolved, can serve to break the impasse in Washington and kick-start change. By making modest adjustments now, drastic future corrections can be avoided. “The survey shows the widespread worry that Social Security won’t be there for Americans under 50,” said Lynnette Khalfani-Cox, The Money Coach. Lynnette, a personal finance expert, has partnered with Engage America to raise awareness of the Social Security shortfall.

“Nearly half of Americans under 50 feel that the retirement age will climb to 80. The Calculator helps people understand how this will affect them so they will be motivated to voice their concerns and encourage our leaders to take action,” adds Khalfani-Cox.

Despite the financial crisis, Social Security is fixable. Engage America is working to bring this issue to the public’s consciousness and advocate for a balanced solution. From expansion of payroll tax revenues to an increase in the retirement age, a range of solutions exist, but they must be acted upon now.