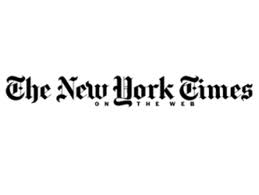 Editor’s note: Most people have gone through an “ugly duckling” stage and some never feel as though they leave it!  We were told that beauty was only “skin deep”, but there may be evidence that it is “green deep” too, in terms of how much money those who are attractive make compared to those who are, well, not, in a life time.  Now there is  growing momentum among those who make a career advocating for “victims” that those considered less — or even “un” — attractive should receive affirmative action rights.  The following article from the New York Times makes just such a case.  The United States already has the worst licensure, legal, and regulatory environment for business in the world (2nd worst in taxes after Japan), so “reforms” such as this only makes those in business more concerned about the future:

Daniel S. Hamermesh, a professor of economics at the University of Texas, Austin, is the author of “Beauty Pays,” published this month.

BEING good-looking is useful in so many ways.

In addition to whatever personal pleasure it gives you, being attractive also helps you earn more money, find a higher-earning spouse (and one who looks better, too!) and get better deals on mortgages. Each of these facts has been demonstrated over the past 20 years by many economists and other researchers. The effects are not small: one study showed that an American worker who was among the bottom one-seventh in looks, as assessed by randomly chosen observers, earned 10 to 15 percent less per year than a similar worker whose looks were assessed in the top one-third — a lifetime difference, in a typical case, of about $230,000.