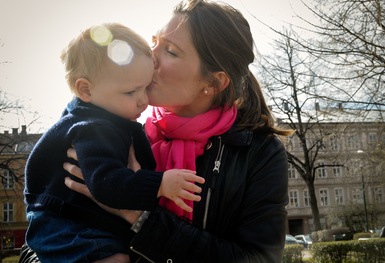 Save the Children released its 15th annual “State of the World’s Mothers” report today, revealing the best and toughest places to be a mom.  Finland tops the report’s 2014 Mothers’ Index, whileSomalia, affected by both armed conflict and natural disasters, is at the bottom of the list. The United States, which 15 years ago ranked in the top five, has fallen to number 31 out of 178 countries.

Since 2000, the risk that a 15-year-old girl will die during her lifetime from a maternal cause has increased by 50 percent in America, from one in 3,700 to one in 2,400.  Other developed countries, including Spain, New Zealand and Denmark, have also seen an increase in lifetime risk of maternal death.  According to recent studies in the U.S., contributing factors may include an increase in the number of high-risk pregnancies in mothers with obesity, hypertension and cardiovascular disease, as well as an increase in older mothers and the use of fertility drugs, which can result in more complicated multiple births.

Countries faring the worst were those affected by humanitarian crises – this year and throughout the report’s history.  Worldwide, more than half of all maternal and child deaths occur in areas made more fragile by conflict and disasters.

“Nothing will stop a mother from trying to keep her children safe and protected,” said Carolyn Miles, president and CEO of Save the Children, “But when disaster strikes, whether it’s a war in Syria, a tornado in Oklahoma or a typhoon in the Philippines, women and children are often at the greatest risk – up to 14 times more likely to die than men.  Fortunately, our evidence also shows we can save and dramatically improve the lives of mothers and children, even in the most challenging places to live, if we invest in the services they need.”

According to the report, armed conflict creates some of the greatest challenges for mothers. Statistically, it is more dangerous to be a woman or child in the Democratic Republic of Congo than an armed fighter.  War-torn Afghanistan, however, ranked the worst place to be a mother in both 2010 and 2011, yet moved up 32 places in the ranking this year.  This improvement is related to the country’s investment in midwife training, so mothers do not have to give birth alone; changing policies in education, which allowed more girls to attend school; and immunization programs and other health measures for young children.

“We must demand humanitarian access in conflict areas, so mothers and children can receive adequate food and health care,” said Miles.  “We also need to promote family preparedness programs in disaster-prone areas, and ensure recovery efforts focus on the special needs of children. While we celebrate the mothers in our lives this week, we should also advocate for those who are in urgent need.”

The Mothers’ Index scores countries on mothers’ and children’s health, educational, economic and political status. In Somalia, one woman in 16 is likely to die of a maternal cause during her lifetime, while one child in seven does not reach his fifth birthday. This contrasts with Finland, where maternal deaths affect less than one in 12,000 women, and the probability of a child dying before the age of five is one in 345.

Save the Children gives children in the United States and around the world a healthy start, the opportunity to learn and protection from harm.  We invest in childhood – every day, in times of crisis and for our future.