“This legislation is comprised of two major components impacting independent community pharmacies and their patients. 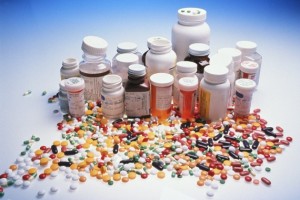 “First, S. 959 seeks to enhance the security of the U.S. pharmaceutical supply chain by adopting national standards and policies, sometimes referred to as ‘track-and-trace,’ in place of a patchwork of conflicting state laws. NCPA appreciates the sensitivity of Senate and House lawmakers to try and avoid potentially burdensome legislative requirements that may uniquely impact small business community pharmacies, compared to national corporations with large compliance departments. NCPA has worked tirelessly to balance supply chain safety without adding onerous requirements on small business pharmacies. Federal track-and-trace legislation must achieve a common-sense balance between the need for enhanced patient safety and minimizing unreasonable burdens on supply chain stakeholders.

“Second, S. 959 attempts to respond to the tragic 2012 meningitis outbreak caused by the irresponsible actions of the New England Compounding Center and facilitated by a failure of  the Massachusetts State Board of Pharmacy and the Food and Drug Administration (FDA), to appropriately coordinate, communicate and take action. When manufactured drugs aren’t an option, independent community pharmacists prepare customized medications for patients in accordance with a prescriber’s prescription based on the patient’s individual needs. Some of the legislation’s provisions, although well-intentioned, raise grave concerns as to how this legislation may inadvertently impact the small business community pharmacies that NCPA represents and the patients that they serve.

“For example, the bill would grant FDA unrestricted authority to establish a list of ‘do not compound’ medications which, based on FDA interpretation, could impact patient access to compounded drugs. Community pharmacies already struggle with growing regulatory mandates, yet the legislation would also require pharmacies to notify FDA, rather than their state Board of Pharmacy, when compounding medications already recognized by FDA as being in short supply. Moreover, NCPA is disappointed that the Senate is avoiding regular order in order to force through the controversial provisions included in S. 959 without adequate consideration, debate or amendments.

“NCPA staff spent countless hours working with Senators and Senate staff to educate them about these concerns. We are grateful that, as a result, the legislation is substantially improved; however, serious concerns remain with the legislation.

“Due to the concerns mentioned above, among others, NCPA recommends lawmakers split S. 959 into two separate bills, one dealing with supply chain safety and the other addressing the meningitis outbreak. Pharmaceutical stakeholders support the approach to enhancing supply chain integrity taken in S. 959. By contrast, significant questions remain regarding the compounding provisions included in S. 959. Lawmakers should move forward with supply chain integrity legislation, and continue to work constructively to resolve the remaining issues on compounding. As the legislative process continues, NCPA looks forward to continuing to work with the Senate and House to ensure any final legislation strikes a proper balance of making certain that future tragedies are avoided while also preserving patients’ access to vital compounds.”