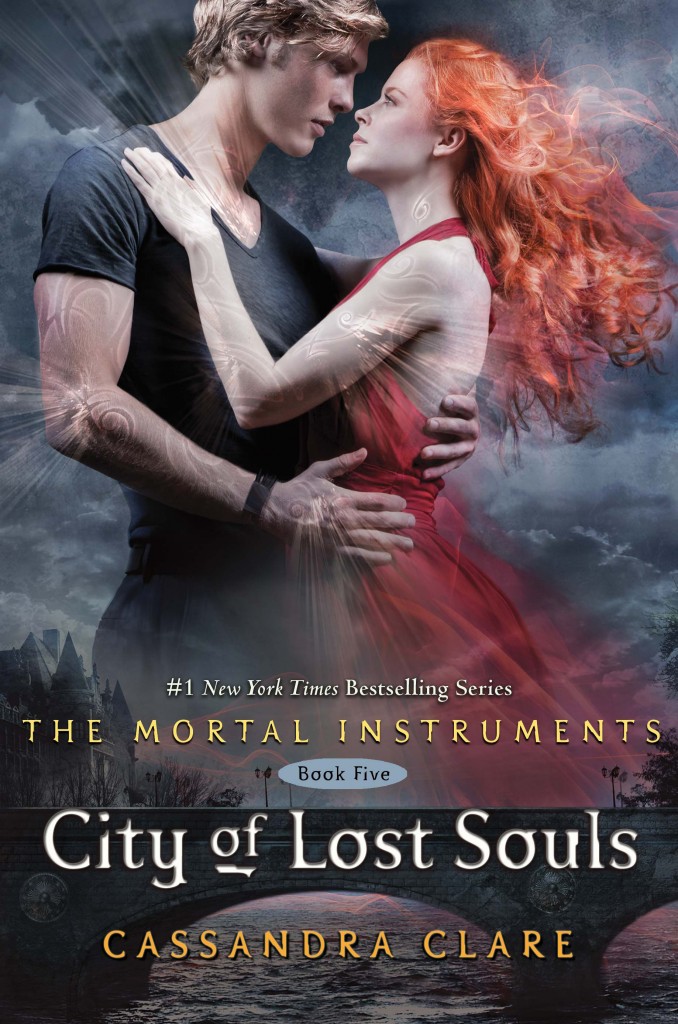 A couple of years ago I begin reading a series by Cassandra Clare called The Mortal Instruments. Each book improved, but then the story took some twists and turns I didn’t care for and I decided to stop reading. City of Lost Souls was released a few weeks ago. I saw it, was tempted, and decided not to buy it. Every time I went shopping, there it was, and finally, on Friday, I picked the book up and read it.

First, let me give a brief background. The literary world is fascinated with angels, both fallen and heavenly. They are more intrigued by the fallen sort, than those who stuck by the side of God. Particularly of interest are the Nephilim, purported to be descended of those who “mingled” with angels and gave birth to have half mortal/half angel children. Cassandra Clare, the author of The Mortal Instruments series, is no different. She gave literary birth to a race of Shadowhunters, also Nephilim, and a group of Nephilim teenagers are the focus of this series, especially Jace and Clary. There ,is the requisite battle of good vs. evil, and the evil in these books are especially vile.

Jace and Clary fight demons, and  deal with an unrelenting attraction toward one another. In fact, they are soulmates who get themselves into the most astonishing circumstances, usually dangerous, and most definitely life-threatening. Throw in Clary’s best friend Simon, who had the misfortune of being bitten by a vampire, the gay brother and angry sister. Yeah, it’s nearly formulaic, but it works.

Well written, the story pulls you in, even at times when it grosses you out. And City of Lost Souls takes us through Jace being possessed by Clary’s evil brother, Simon calling on heaven for the only weapon that will save Hace, and an impending battle which will doom the world. Great backstory for the continuing love story of Jace and Clare.

However, although this is written for teenagers (YA,) I would recommend keeping your teenagers away from this series. The characters, both gay and straight, do have sex scenes, although lightly touched on. And although it is a great story of sacrifice and love, it is weighted down by the gay agenda which has crept its way into every genre and book these days. The utter evil of Sebastian hitting on his sister, Clary, is gross although it does serve the purpose of showing the reader the level of his depravity, but it’s just too much.

Although well-written, and I am pulled into the story, I can’t recommend the series or the book to anyone. It’s almost as if authors these days are trying so hard to be politically correct, they lose the power of their stories. That happens in City of Lost Souls.

Although, apparently a lot of people really like this series, because as of the writing of this review, City of Lost Souls is rate #177 on Amazon.com. I give the book 2 1/2 out of 5 stars. Because it really is a good story, had Cassandra Clare brought the “yuck” factor down, I could rate it much higher.