By Real Recycling for Massachusetts, Special for US Daily Review. 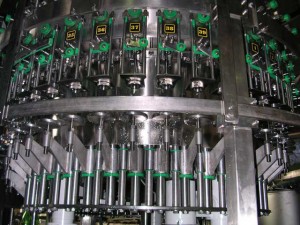 Real Recycling for Massachusetts – an organization of citizens, businesses, trade organizations and unions that oppose a costly and inefficient expansion of the bottle bill – recently outlined the top 10 reasons why the bill is bad for Massachusetts.  The bottle bill measure, which has repeatedly failed to earn support from lawmakers, is currently under review again in the state legislature.

“In a tough economy the last thing Massachusetts consumers need is another tax and higher grocery prices to pay for a costly recycling system that doesn’t work,” said Chris Flynn, President of the Massachusetts Food Association and a member of Real Recycling for Massachusetts.  “Time and time again, state lawmakers have resisted moving bottle bill expansion forward, and for good reason:  this legislation would lead to higher grocery prices, create an added burden on small businesses, and place high quality jobs in jeopardy, all while having a negligible impact on our state’s recycling rate.”

Among the top 10 reasons why the bottle bill is bad for Massachusetts:

As an alternative to the bottle bill, Real Recycling for Massachusetts advocates for expanded recycling through measures that are more effective and less burdensome, including expanding curbside pickup, making it easier to recycle on-the-go, making recycling accessible in more public places such as parks and arenas, and supporting comprehensive litter prevention programs.