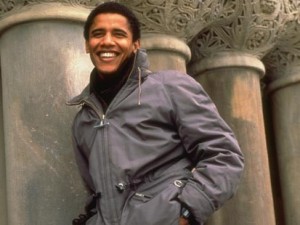 Many Americans expected the Justice Department to take legal actions against the New Black Panther Party for its bounty on the life of George Zimmerman for the death of Trayvon Martin.  To this date, there has been nothing but silence from law enforcement on all levels over such an action. However, there is a new bounty on the web and this one might catch the attention of the Obama Administration.

There is a one page website that simply describes itself at TheTrenches.us.  On it, there is the following message:

You’ve had over three years to vet President Barack Obama. Yet in three years in office and over a year of campaigning beforehand, you have either been oddly uninterested or purposefully ignorant of Barack Obama’s educational history. You were, however, quite interested in George Bush’s transcripts.

This uncharacteristic absence of curiosity about an American president alarms us. At $15 trillion, our nation’s debt is the highest it has ever been – and it keeps growing. We’re not convinced that Barack is as smart as you media elitists keep insisting he is.

We therefore offer in reward $10,000 to anyone who provides the college transcripts of President Barack Obama. Occidental, Harvard, Columbia…any would represent more intellectual curiosity about the leader of the free world than the media has demonstrated since Obama won the Democrat primary.

Upon obtaining any of these transcripts, please contact war[at]thetrenches[dot]us for verification and payment. This offer goes into effect immediately.

Media, your stranglehold on the truth ends NOW. Let the vetting begin.

Bellum Letale (translated from the Latin, War is Deadly)

Is it for real? Hard to say, however, if the reader has any information on it, we would love to hear from you.  Meanwhile, as we get more information, we will keep you posted.