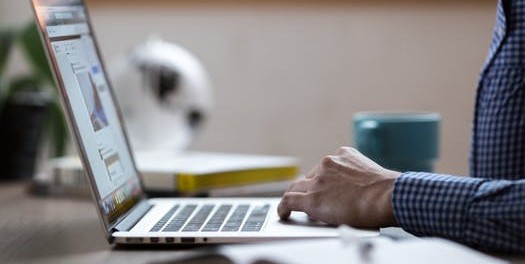 Social marketplaces are growing like mad and have become a way to facilitate peer-to-peer transactions in a manner that vastly improves the newspaper classifieds and, more recently in our collective digital history, the Craigslist postings that were fraught with  issues.

Much of the beauty of social networks that enable personal sales lies in the trust factor, and that’s one reason why peer-to-peer marketplaces are the future of e-commerce, says Patrick Mackaronis, founder and director of business development at Brabble, a tech startup that provides an app that combines social media and e-commerce. “The fact that you have a better sense of who’s buying or selling because of your network connections gives you a greater sense of security and comfort in the transaction,” he  says.

“It’s not anonymous, like Craigslist or eBay,” Patrick Mackaronis adds. “It’s no guarantee against scammers, but there’s a higher barrier against  them.”

Probably the best-known social marketplace is Facebook’s Marketplace, relaunched in 2016 after its first iteration in 2007 turned in lackluster results and ultimately was shuttered and replaced by “buy-and-sell”  groups.

As L&F Capital Management analysts looked at the relaunch, the e-commerce dynamics have changed dramatically since 2007, with e-commerce being a substantially more social experience today. “When Marketplace first launched in 2007, Facebook had 50 million monthly users, while eBay had 83 million active users,” the firm wrote, noting that with 33 million more potential buyers, eBay made more sense for  sellers.

In the interim, though, Facebook’s user base has become 34 times larger, a much bigger inherent p-to-p network that offers sellers at least 300 million more potential buyers than eBay. In fact, L&F Capital sees Marketplace as a potential $5 billion-plus revenue opportunity for  Facebook.

That’s the kind of potential that Mackaronis aims for Brabble to achieve. Brabble is a social platform for interactions and sharing via audio, video, photos and text, but it also enables p-to-p commerce. Brabble’s patent-pending technology features a custom link that can be used in any post to facilitate transactions – and also integrates with Facebook and  Twitter.

Whether Facebook or Brabble or Instagram, OfferUp, or Letgo, social marketplaces are only going to grow increasingly relevant in the future. As a report by PSFK found, Gen Z, unlike Millennials “are more interested in purchasing items from peer-driven marketplaces as opposed to the direct-to-consumer brand  model.”

But, there are other trends developing in the social marketplace world worth keeping an eye on, as the marketplace economy, led by sharing economy companies, doubles to some $40 billion by 2022, according to Juniper  Research.

The p-to-p model, Arcadier suggests, puts the need for the traditional middleman in question, offering more transparency in pricing and information. Property marketplace platforms like DirectHome and Krib allow potential buyers and tenants to deal directly with homeowners. And it’s not just consumer goods and services affected. In Indonesia, one marketplace allows food businesses to buy directly from farmers. The same marketplace offers another that connects farmers directly with  investors.

“It’s an exciting time for social, p-to-p selling,” Brabble’s Patrick Mackaronis says. “Platforms that can capture the attention and trust of young buyers will be in a good position to  win.”