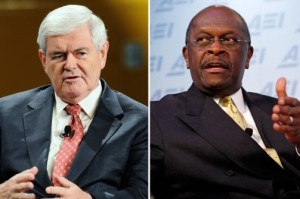 Atlanta businessman and former presidential candidate Herman Cain endorsed Newt Gingrich Saturday night at a West Palm Beach Country Republican gathering after two months of wavering on whether he would offer his support to a fellow candidate.

The endorsement comes just three days before the crucial Florida primary, by far the largest state to vote so far in the GOP sweepstakes, and could help Gingrich energize tea party support. Gingrich campaign has flagged since his upstart, double-digit victory over front-runner Mitt Romney in the South Carolina primary a week ago.