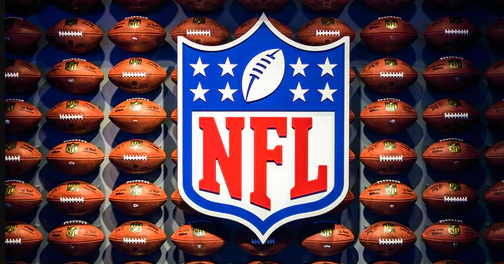 With New England Patriot fans losing their one-and-only GOAT last season Tom Brady, they’ve had to look elsewhere to find a new quarterback for the first time in 20-plus years. The man to replace him was none other than the 2015 NFL MVP Cam Newton; turning up to the game yesterday in a bright yellow suit as shown below, we knew that Cam Newton wasn’t here to mess around and that he meant business on his Patriots debut.

Now we know that Newton has big shoes to fill with him replacing a Hall of Famer in Brady this year, and one that Patriot fans would be quite dubious of due to being unfamiliar waters for everyone involved at the Patriots – but if the seasons continues as it started last night, it’s an exciting time to be a Patriots in this new era.   With Week 1 of the NFL season underway, punters are glad that the markets have reopened for them to gamble again on their favourite football lines. During the off-season, many bookies experienced a trend in which usual football-betters found themselves on alternative gambling markets such as at Casinos Not On Gamstop to ensure they were still getting their in-house gambling entertainment with the promise that they wouldn’t be limited by schemes such as Gamstop.     Declaring himself on the scene with two rushing touchdown, 75 rushing yards and then 155 through the air really does top off an impressive debut. With Newton now being paired with legendary coach Bill Belichick, he now knows that he is paired with one of the league’s best offensive play designers of all time and this will certainly excite him due to the limitations he had at his time as being QB in Carolina so this new urge of freedom will be something that we believe Newton will thrive under.    Patriots have been so used to having Brady as their quarterback for over two decades and with him being in his 40’s for the past two seasons, they haven’t really had a mobile QB for a while now. However, Newton brings his athleticism to the team which has severely been missing it over the years with them being a declining core power running team for quite some time now.

A strong showing on both sides of the ball to start the season with a victory.@MeganOBsports breaks down today’s win. pic.twitter.com/SfjvBVNorU