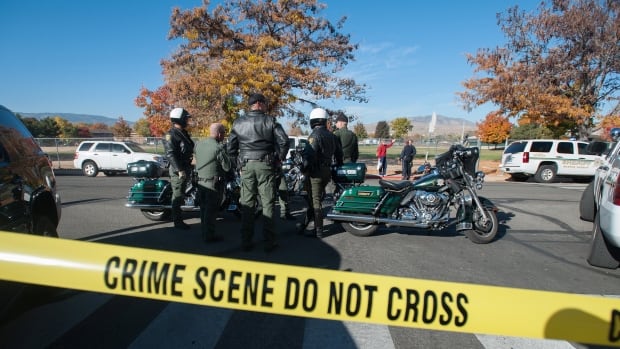 What can parents do to reduce the likelihood that their child (ren) is/are in a school where violence, a shooter, or bullying is going to occur? Based on my experience with over 50 years as a teacher, principal, school superintendent, and researcher on this issue, I know of only two things that can be done: 1) insist that their school officials conduct a survey to investigate the extent of the problem; and 2) have someone (preferably the counselor) conduct a sociogram to investigate the pattern of relationships between individuals in a group, usually expressed in terms of who their friends are, or who they would invite to their birthday party.

Violence can take several forms. The extreme is someone who brings a gun to school in order to shoot students and faculty. Another form of violence is the bully who terrorizes his/her victims. The bully and the shooter have two common traits.Both (1)have a high need to control others. The gun gives the shooter complete control over those being shot. The bully also has control of the victim.

Both (2) are committing an act of terror.

While the bully and the shooter have these things in common, there is one distinct difference. The bully tends to have friends who sometimes join with the bully to terrorize a victim. The shooter on the other hand, tends to be a loner whohasfew friends, and is sometimes a victim of bullying behavior.

Bullying behavior occurs in every school and is often worse than teachers and administrators are willing to admit. Consider the following data points from the 2010 Federal Bullying Prevention Summit: “Every day, 160,000 students stay home out of fear of getting bullied at school; 1 in 3 students will be bullied this year (about 18M young people); 75-80% of all students observe bullying; and, depending on definition, 15-35% of students are victims of cyber-bullying.” (p.1)

The survey mentioned earlier identifies what is happening in a school regarding bullying behavior. It measures the types of bullying, where it occurs, how students feel about their safety, how bullying gets reported, and how faculty respond to bullying behavior.

A bully, on the other hand, normally only has control needs that are not being met. So, while they are distinctly different in terms of their needs, they both resort to control, either by bullying or by getting a gun, to get their control needs met. The gun gives shooters control and purpose, and since they are not happy, and believe nobody cares about them, they usually end the shooting by taking their own life.

How can a sociogram identify who is likely to become a shooter or a person who is likely to become violent at their school? There are various methods that can be used in developing a sociogram. One technique would be to ask students to write down the names of their friends. Another technique is to ask them who they would invite to their birthday party. The responses are then tabulated and graphically represented in a sociogram. Examination of the sociogram will disclose those individuals who are isolated from the group and any cliques or subgroups that may have formed and those students who are the most popular. There are many versions of a sociogram that can be seen on Google by typing “sociogram template.”

The sociogram would identify a studentwho is an “isolate” and has no or few friends. As stated in the previous article about shooters, all students have basic human needs: the need to be happy, to feel like life is worth living, to be in control, and to feel cared for. An “isolate” is a student who has no or few friends, and probably does not feel in control, does not feel cared for, is not happy, and is a likely potential for violence.There is always the potential for violence from someone, whether male or female, who has basic human needs that are not being met. More than likely theyarealso experiencing some form of bullying behavior. Bullies tend to pick on students who appear weak, are “isolates,” or those who have few friends.

School officials must have some method for identifying those students who are “isolates.” These students are likely to be bullied and are at risk for failure, dropout, violence, and even suicide. Suicide is a very real option for an “isolate.” With increasing media coverage, shooting others before committing suicide is another option, and that is happening with greater frequency.

The survey identifies the potential for violence and bullying behavior at a school.It does not identify individual students who are at risk to use some form of violence. The sociogram identifies those students who are likely to commit suicide or do something violent because their needs are not being met. More information on the sociogram can be found on the web. Our favorite site is: http://en.wikipedia.org/wiki/Sociogram.

There is nothing more destructive to a school’s climate and culture than a student who comes to school with a weapon with the intent to harm someone. A second event that is very destructive from a student’s viewpoint is bullying behavior. Bullying behavior often occurs without the knowledge of the faculty because it occurs when faculty can’t see it, e.g., in the bathroom, on the field, on the playground, in the hallway, etc. There are someschool officials who implement bully prevention programs to combat school violence, but there are too many who do nothing.

Parents, through parent teacher organizations, need to become more assertive by insisting that school officials identify the “isolates” and survey students regarding the extent of bullying behavior at their school. Parents need to remember that they pay the taxes and school officials are there to serve the needs of their students and the community. In short, it is the community and parents who control the schools. It is not the other way around.

Dr. Cletus R. Bulach is a retired Ohio school superintendent and associate professor emeritus at the University of West Georgia.  He is the author of numerous articles in educational journals and is co-author of the book Creating a Culture for A High Performing School: A Comprehensive Approach to School Reform, Dropout Prevention, and Bullying Behavior. His website is www.westga.edu/~cbulach. The reform and school culture described in the book create a learning environment where students’ five basic needs are met. This leads to improved test scores and a 75% reduction in bullying behavior, student discipline, and misbehavior problems.  There is no charge for use of the survey. E-mail me at cbulach@comcast.net for a copy of the survey. Anyone wishing more information on how to stop bullying behavior can contact Dr. Allan Beane at http://www.bullyfree.com/about-us/dr-beane.