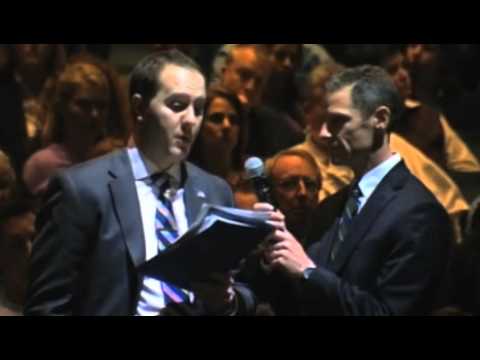 Responding to a question from National Center for Public Policy Research Free Enterprise Project Director Justin Danhof at the CBS annual shareholder meeting, CBS President and CEO Les Moonves made the astonishing claim that it is “inaccurate” to call a circumstance in which a sibling is reporting on a sibling a conflict of interest.Danhof had asked Moonves, in part:

…In its most recent poll on the state of the media, Pew Research reported that Americans think the news media is biased, frivolous and liberal. Two out of three Americans think today’s news stories are simply inaccurate and 76 percent say the media favors one side over the other in reporting.

As the Heritage Foundation reported this month, “CBS News President David Rhodes is the brother of Ben Rhodes, the White House deputy national security adviser who drafted the newly-released document about Benghazi just days after the Sept. 11, 2012, attack that killed four Americans.” But that information was not made public until a watchdog organization, Judicial Watch, obtained connecting documents after filing a court case.

This obvious conflict of interest is only the surface of a much deeper and more systemic issue. Then-CBS News investigative reporter Sharyl Attkisson tried to obtain these same documents, but later said CBS News was unwilling to pursue the issue. She has since left the network citing its unwillingness to engage in investigative reporting…