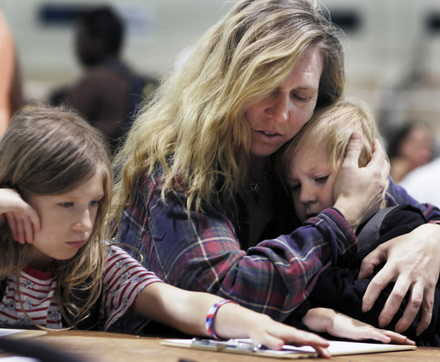 Between 2007 and 2010, the poverty rate for school-age children showed a statistically significant increase in about 20 percent of counties across the United States, according to U.S. Census Bureau estimates for income and poverty in 2010 for every county and school district.

The 2010 Small Area Income and Poverty Estimates (SAIPE) data are available for 3,142 counties and nearly 14,000 Title I-eligible school districts. The data represent the only current, single-year income and poverty estimates available for all sizes of counties and school districts. These estimates are released annually; however, 2007 was chosen for comparison because it was a pre-recessionary year.

This release includes publication of the 2010 SAIPE Highlights Document, which presents SAIPE statistical trends and explains the sources and approach. Also available is an interactive mapping tool (http://www.census.gov/did/www/saipe/data/maps/index.html), allowing access to the county and school district statistics by selecting the geographic area for display, as well as thematic maps for all concepts available from SAIPE 2010 and 2009. More information can be obtained from the SAIPE main page, http://www.census.gov/did/www/saipe/index.html.

These statistics, sponsored by the U.S. Department of Education, are used as one of the criteria to allocate federal funds to local educational agencies. In addition, state and local programs use these statistics for distributing funds and managing school programs.