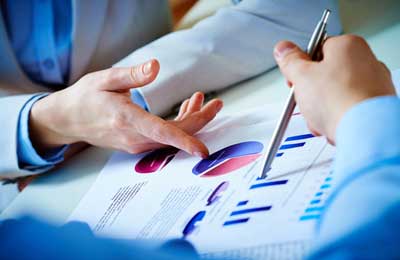 According to Deloitte’s first quarter (Q1) CFO Signals™ survey, chief financial officers (CFOs) are less optimistic regarding the growth prospects of their organizations in 2014 than they have been at the start of each of the previous three years. Moreover, year-over-year earnings projections by CFOs hit an all-time survey low of 7.9* percent, compared to 12.1* percent one year ago. Despite their tentativeness, however, most CFOs continue to indicate a bias toward growth over reducing costs and are still focused on pursuing opportunities rather than limiting risk.

The quarterly survey, which tracks the thinking and actions of more than 100 CFOs from North American organizations averaging more than $5 billion in annual revenue, recorded a fall in the proportion of CFOs expressing improved optimism regarding the prospects of their organizations (relative to the prior quarter). For the first quarter of 2014, 47 percent of CFOs expressed improved optimism while 20 percent expressed declining optimism – for a net optimism of +27 percentage points. This is down from the +33 recorded in the previous quarter and stands at the lowest for any first quarter since the survey began in 2010. By comparison, net optimism in the first quarter of 2013 was +32 percentage points.

In line with the declining optimism, CFOs’ expectations for other key metrics recorded their lowest levels for a first quarter since the survey began, despite the bounce historically enjoyed at the start of the year. CFOs’ year-over-year expectations for sales growth sit at 4.6* percent – a slight rebound from last quarter’s survey low of 4.1* percent, but below the 5.4* percent recorded for the same quarter in 2013. Capital spending growth expectations fell from 7.8* percent in the first quarter of 2013 to 6.5* percent this quarter and remained little changed from last quarter. Expectations for domestic hiring improved marginally over Q1 2013, though the forecast of 1.0* percent growth is below last quarter’s and remains below the survey’s historical average of 1.6 percent.

Despite the low company-specific forecasts, CFOs did register increasing optimism regarding the North American and European economies. The percentage of CFOs who view the North American economy either as good and not getting worse or as likely to be better in a year, rose from 60 percent last quarter to 72 percent in Q1. Likewise, for Europe the figure rose from 23 percent of CFOs in the fourth quarter to 34 percent in Q1. The figure for China remained stable at 50 percent.

“We normally see a clear boost in CFOs’ sentiment and expectations in the first quarter of a calendar year, but the effects are far weaker this time,” said Sanford Cockrell III, national managing partner, Deloitte LLP and leader of the CFO Program. “There are clear concerns emerging on the stability of the economic recovery, price stagnation and flat employment affecting consumer demand. These are constraining expectations for 2014, but organizations still remain generally focused on growth over risk.”

For 2014, CFOs say more than half of capital spending (51 percent) is slated for growth and innovation, and most (58 percent) say their preferred approach to growth is to focus on a few targeted opportunities. They also say that U.S. and China markets are central to the growth plans of their organizations; and, further, that the U.K., Germany and much of Latin America are important as well.

“It’s a positive sign that organizations are focusing on growth, but expectations for capital investment are not strong by historical standards,” noted Greg Dickinson, director, Deloitte LLP, who manages the North American CFO Signals survey. “This quarter’s findings suggest many CFOs plan to direct substantial proportions of their cash to shareholders this year, with both dividends and share buybacks gaining momentum.”

Additional findings from the Deloitte Q1 CFO Signals survey include:

To download a copy of the survey, please visit: www.deloitte.com/us/cfosignals2014Q1 .

*All numbers with an asterisk are averages that have been adjusted to eliminate the effects of stark outliers.

For more information about Deloitte’s CFO Signals, or to inquire about participating in the survey, please contactNACFOSurvey@deloitte.com.

About Deloitte’s CFO Program
The CFO Program brings together a multidisciplinary team of Deloitte leaders and subject matter specialists to help CFOs stay ahead in the face of growing challenges and demands. The Program harnesses our organization’s broad capabilities to deliver forward thinking and fresh insights for every stage of a CFO’s career – helping CFOs manage the complexities of their roles, tackle their organization’s most compelling challenges, and adapt to strategic shifts in the market. For more information about Deloitte’s CFO Program, please contact uscfoprogram@deloitte.com or visit www.deloitte.com/us/thecfoprogram.