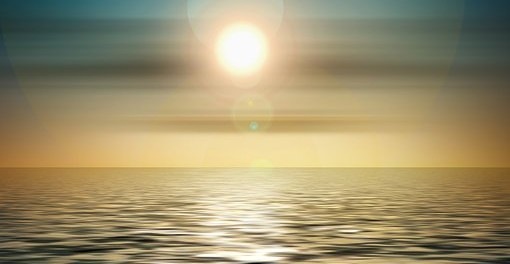 The riots in Charlottesville made the news headlines around the world. “Far right Valley descends into violence” said the Guardian. “Violence in Virginia” read the Globe and Mail. The land of the free has taken a bit of a battering in recent years. The country has not been so divided in a long time and it’s hard to see things improving any time soon. However, it is important to refrain from getting sucked out into the darkness and horribleness in the world. The good must come with the bad and there are still many Americans out there who continue to inspire hope in all of  us.

Chris Atwell is one such individual who is keen to inspire happiness into the world through God. Chris is a Charlottesville native – born and raised in the city and lead pastor of Portico Church. Chris’ main goal since moving back to his home town of Charlottesville has been to pursue racial reconciliation in the city. He sees racial divide as a bad thing, instead of identifying each other by the colour of our skin, Chris wants each of us to recognize that we are all humans and to come together as humans. It is Chris’ view that a segregated American church was not acceptable in light of how the gospel wins our reconciliation. Unsurprisingly then, it would have been difficult for Chris to watch the violence and hatred in his own neighborhood surrounding people of different races and  cultures.

Daily Good: Brialliant to speak with you, Chri. First of all, as a Charlottesville native – could you ever have predicted the events that unfolded last month Were there any signs? Has Charlottesville always had an edge to it or is it usually a quiet  place?

Chris: Nazis with guns, shields and clubs? No, that’s not us. Charlottesville has a long history of race problems, being in the historic South and being a Confederate state. But most of our issues are in the “institutional realm” – systems and structures. There are racists here, I grew up hearing and seeing stuff, but almost all of the neo-Nazis and protestors came from out of town. Charlottesville often makes the list of “happiest towns” in the USA and best places to live. So, this is very  rare.

Daily Good: For many people the facts of what actually happened remain confusing due to trumps so called ‘fake news’ media. Was it a liberals against Nazis sort of thing? Surely God would have zero time for anybody involved in the  violence?

Chris: The nationalists’ groups were heavily armed and came for a fight. HBO’s new 20-minute VICE episode shows some of their thinking. There is no justification for that hatred. We fought those battles in the 1860’s and 1940’s. This does not fit “neatly” into Democrat and Republican. There were Hitler quotes and salutes. There were anti-Semitic chants. It was horrendous. Any form of racism or supremacy is a sin against God, who made humankind “in His image.” He made them, and called it “good.” (Genesis  1)

Daily Good: The thugs who were causing the violence, did any of them show up at your church service following the  events?

Chris: We had three show up at our second service on Sunday. One of them acted very enthusiastic during service, but then shouted out a justification at the end of our service. He was peacefully escorted out to our lobby. I think if any of these guys are in “church” they are in very fringe fundamentalist   churches.

Daily Good: How much of a problem is far right nationalism in the USA? The country seems to be divided at the moment between Trump supporters and Trump despisers, what is the end game to all of  this?

Chris: I know that the supremacy groups have already applied for permits to bring their protests to Richmond, VA this September. This could be the tip of the iceberg. The nation is divided. I believe that through confession of sin, repentance, forgiveness and reconciliation we can experience great healing from  God.

Daily Good: Is there a correlation between the fact that the majority of American Christians are from the southern states whilst a lot of the far right protestors in Charlottesville also came from the  South?

Chris: I don’t think there’s an equivalence between these haters and Christians. I’ve spoken to my network of local pastors and our church seems to be the only one that had visible nationalist attenders, and probably because we’re downtown in the footpath. So, 3 out of 1,000 is about right. I wouldn’t be surprised if that’s about the percentage of those types that attend any church. This supremacy ideology just doesn’t fit well in a Genesis 1 common human ancestry and “made in the image of God” theology. Not to mention the “all nations” and reconciliation language of  Jesus.

Daily Good: Do you think these far right and far left extremists are born with hatred in them? Or are they a product of their own  surroundings?

Chris: Both. The Bible teaches that “all have sinned and fall short of the glory of God” – Romans 3:23. But particular “varieties” of sin are a combination of nature and  nurture.

Daily Good: Will the USA or, in fact, the whole world ever come together and live in harmony? What needs to be done to end all this violence, hate and  suffering?

Chris: The Bible teaches that Christians should seek and practice the virtues of peacemaking, repentance and reconciliation. But, no, all will not be perfect until the Return of Christ. He is the hope. This is not to downplay the power of Christ now to transform hearts and communities, but no, all will not be eradicated until his  return.

This interview was conducted by Iain Fenton. A journalist in Esports news and betting for  EsportsOnly.