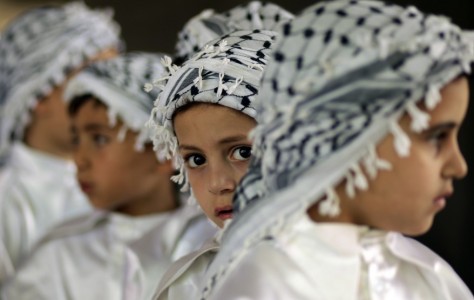 More than a month into the military offensive in Gaza, far too many children have fallen victim to violence, with more than 375 killed and 2,700 injured. In the midst of a 72-hour ceasefire, Save the Children is calling on all parties to focus on the needs of the most vulnerable population.

“Save the Children does not choose sides in conflicts – we choose children,” said Carolyn Miles, President and CEO of Save the Children. “It is unacceptable for them to wake up every day to danger and destruction.”

A newly released video shows the immediate needs of children in Gaza who are under fire every day. Save the Children staff and local partners in Gaza are taking every opportunity to reach as many of the affected families as possible, but with no clear commitments for a ceasefire or a political solution, distributing aid on the ground puts our staff at serious risk.

“Children in Gaza and Israel are paying the price of political failure. Children never start wars, yet they are the ones that are killed, maimed, traumatized and left homeless, terrified and permanently scarred,” said Save the Children’s co-country director David Hassell. “In the longer term, we need a peace deal which promotes dignity and security for both Israelis and Palestinians, and includes the ending of the blockade to allow Gaza to begin to recover.”

SOURCE:  Save the Children