During the last few days Manuel Rosa, author of “KOLUMB. Historia Nieznana,” a book published May 8, 2012 in Poland – translated from the Spanish book “COLON. La Historia Nunca Contada” – was a guest of REBIS in Poland. The book’s main thesis that the “official history” of Columbus was incorrect has roused a lot of questions – controversies, but also lots of support for the results of the research made by Mr. Rosa. 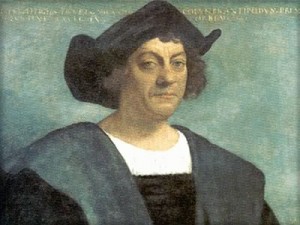 The idea that Christopher Columbus was a Portuguese-born noble of Polish origin through his father, Polish King Vladislau III Warnenczyk, who disappeared in Varna (10th November 1444), is very fascinating. Nevertheless, it is also quite revolutionary, so it causes, of course, a lot of doubts and questions. The best way to answer these concerns was to have Mr. Rosa visit Poland, where he remained for nearly a week.

During his stay Manuel Rosa gave some 30 interviews to the media – from general TV programs and newspapers to radio, specialized historical magazines and portals, along with a Lecture in Poznan.

“It is really a big success,” says Boguslaw Tobiszowski, Chief Marketing Officer at REBIS Publishing House, the Polish publisher of the book, recapitulating the visit. “We expected some interest from the media and readers, but it was beyond our expectations; marvelous. People want to know the truth even when it turns upside-down all that the official history maintained as fact until today.” http://www.rebis.com.pl/rebis/public/news/news.html?co=print&id=3096&instance=1000&lang=pl&parent=0

Many skeptical points of view were crushed by hard arguments presented by Mr. Rosa, which were carefully collected during 21 years of research into the life of Christopher Columbus. His opponents, among them university historians, came to appreciate the gigantic work he has done researching the sources – books, maps and documents – and visiting all the places involved.

Some of the biggest Polish newspapers announced their support in the campaign for the truth, that is support to help Mr. Rosa get a sample of DNA from the Jagiellons dynasty to compare with the DNA of Columbus. However, this will be very difficult because of the complicated history between Poland and Lithuania, where Jagiellons have their origins.

“A completely new face of Christopher Columbus is emerging from a book published in Polish by Portuguese historian Manuel Rosa, who believes that the discoverer of America was the son of the Polish king for the Jagiellonian dynasty, Vladislau III of Varna,” writes the Polish Newspaper Gazeta Prawna.

After leaving Poland, Manuel Rosa travelled to Portugal where, on May 16, he presented his research to the Portuguese Academy of History in Lisbon. There, a full house of Portuguese academics lauded Mr. Rosa’s research and many, convinced by the evidence presented, promised to help in promoting the new version of Columbus history.

“This book is Awesome! An overnight sensational Bestseller that will forever change history,” raved the show hosts Agnes Furtak and Raf Uzar on Polish Radio “Bed and Breakfast.” http://www.polskieradio.pl/10/491/Artykul/601113,Krzysztof-Kolumb-byl-Polakiem

Mr. Rosa is currently working with actor Christopher Michael Siepietowski to turn his 21 years of research into a movie script exposing the newly discovered identity of Christopher Columbus.