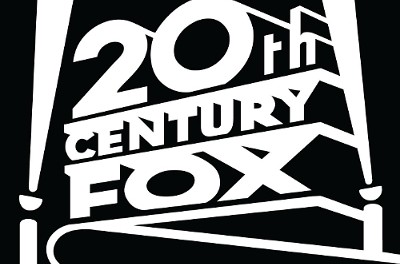 By IMAX Corporation, Special for  USDR

Re-upping their existing long-term partnership, IMAX Corporation (NYSE: IMAX) and Twentieth Century Fox, a division of 21st Century Fox (NASDAQ: FOX), jointly announced the companies have signed a new multi-picture agreement including four key future tentpoles from the Fox slate. The deal includes Maze Runner: The Death Cure, Predator, Alita: Battle Angel and the studio’s untitled Marvel film, all of which will be digitally re-mastered into the immersive IMAX® format and released in IMAX® theatres  worldwide.

“After sharing success with such recent box-office hits as the global phenomenon Deadpool, we are thrilled to sweeten the existing deal with our friends and partners at Twentieth Century Fox by providing IMAX fans worldwide a selection of the studio’s most exciting upcoming blockbusters,” said Greg Foster, CEO of IMAX Entertainment and Senior Executive Vice President, IMAX Corp. “With this agreement, we look forward to expanding our partnership with Fox and together offer fans around the world IMAX’s one-of-a-kind movie-going  experience.”

The IMAX release of each film will be digitally re-mastered into the image and sound quality of The IMAX Experience® with proprietary IMAX DMR® (Digital Re-mastering) technology. The crystal-clear images, coupled with IMAX’s customized theatre geometry and powerful digital audio, create a unique environment that will make audiences feel as if they are in the  movie.

About IMAX  Corporation
IMAX, an innovator in entertainment technology, combines proprietary software, architecture and equipment to create experiences that take you beyond the edge of your seat to a world you’ve never imagined. Top filmmakers and studios are utilizing IMAX theatres to connect with audiences in extraordinary ways, and, as such, IMAX’s network is among the most important and successful theatrical distribution platforms for major event films around the  globe.

IMAX is headquartered in New York, Toronto and Los Angeles, with offices in London, Tokyo, Shanghai and Beijing. As of Jun. 30, 2016, there were 1,102 IMAX theatres (990 commercial multiplexes, 16 commercial destinations and 96 institutions) in 69 countries. On Oct. 8, 2015, shares of IMAX China, a subsidiary of IMAX Corp., began trading on the Hong Kong Stock Exchange under the stock code  “HK.1970.”

IMAX®, IMAX® 3D, IMAX DMR®, Experience It In IMAX®, An IMAX 3D Experience®, The IMAX Experience® and IMAX Is Believing® are trademarks of IMAX Corporation.  More information about the Company can be found at www.imax.com.  You may also connect with IMAX on Facebook (www.facebook.com/imax), Twitter (www.twitter.com/imax) and YouTube  (www.youtube.com/imaxmovies).

This press release contains forward looking statements that are based on IMAX management’s assumptions and existing information and involve certain risks and uncertainties which could cause actual results to differ materially from future results expressed or implied by such forward looking statements. These risks and uncertainties are discussed in IMAX’s most recent Annual Report on Form 10-K and most recent Quarterly Reports on Form  10-Q.