Bill Shaddock is fighting to get his company’s good name and reputation back after a former employee’s false claim that she was fired because of her age and gray hair received international media coverage.

The United States District Court for the Southern District of Texas (Houston Division) threw out the woman’s claim when it granted a summary judgment to dismiss her suit with prejudice, meaning that the court, after reviewing the evidence presented by attorneys, found the case was without merit and cannot be refiled. 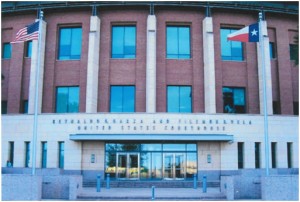 The court’s decision notes that “Rawline (the plaintiff) had gray hair when she was hired, throughout her employment, and admits that dying her hair was never a condition of her employment.”

Sandra Rawline had also claimed age discrimination, yet her replacement at the company was twelve years older than Rawline. “Rawline’s statement that she was discharged because of her age was false,” the court said.

“Many business owners settle these types of cases because they are costly to defend,” said Bill Shaddock, founder and chief executive officer of Capital Title, the largest independent title company in the state of Texas. “We decided to fight back to defend the good name and reputation we have built through 25 years of hard work and dedication to our customers.”

“If more businesses would fight these types of frivolous lawsuits fewer people would bring them,” said Shaddock. “The court is allowing our defamation suit to go forward because in addition to filing her suit, the plaintiff went on radio and television to broadcast her false claims to the world in an effort to gain leverage in the litigation.”

The court’s ruling noted that “There is overwhelming evidence that Rawline was discharged for legitimate reasons. The record shows she behaved entirely unprofessional on numerous occasions and even admitted herself that such behavior was adequate grounds for dismissal.”

An affidavit filed in the defamation suit notes that “Sandra Rawline and her legal counsel were able to generate enormous publicity showing Bill Shaddock and Capital Title in a negative light in media from around the world. We found a total of 186 websites that contained information regarding Capital Title firing Sandra Rawline. The story was picked up by websites in the U.S., UK and Australia. It was also picked up by the Associated Press and distributed to numerous websites.”

“We hope every website and media outlet that covered this story will make sure that the court’s decision receives the same attention the original false claims received,” said Shaddock.