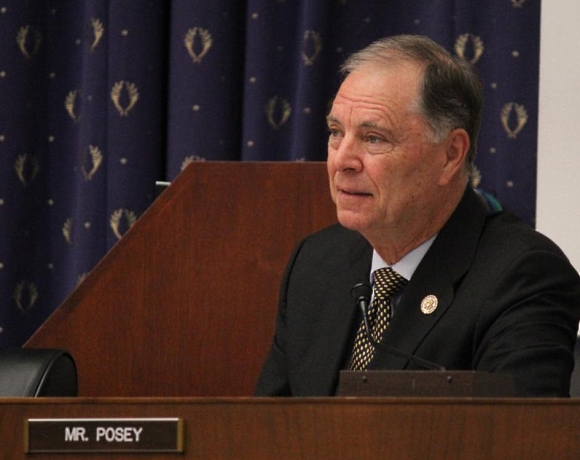 In an April 8 interview on AutismOne’s A Conversation of Hope radio show, Congressman Bill Posey’s strong resolve and demands for transparency were evident as he discussed the Center for Disease Control (CDC)’s handling of vaccine safety studies which affect  “our most precious resource in our nation – our children.” The 30-minute interview, conducted by vaccine industry watchdog, PhD biochemist Brian Hooker, delves into what Posey called “the incestuous relationship between the public health community and the vaccine makers and public officials.”

On Thorsen, Posey said “If you read through the emails and learned about the meetings and the financial arrangement this crook had with the CDC, it will make you absolutely sick to your stomach. This was no casual researcher way down the line. This is the CDC’s key man in Denmark.  He was closely tied to the CDC’s top vaccine safety researchers… as long as Thorsen was cooking the books to produce the results they wanted, they didn’t care whether the studies were valid or how much money was being siphoned off the top…It’s like the Security and Exchange Commission and Bernie Madoff. But it’s worse because we’re talking about someone who basically stole money that was supposed to be used to improve the health and safety of our most vulnerable in our society – our young babies.”

Dr. Hooker remarked that Thorsen had collaborated with the CDC on 36 papers, not just one paper as claimed by Dr. Boyle, and that the agency refused to investigate studies exonerating vaccines’ role in causing autism following his indictment on wire fraud and money laundering. Posey described Boyle as “intentionally evasive,” in his questioning of her at a Congressional hearing.  “I asked her a very direct question. ‘Have you done a study comparing autism rates in vaccinated vs. unvaccinated children?…’  She started telling us about everything she’s done …After she wasted three minutes, I cut her off and I demanded that she answer the question. And then, only then, did she admit that the federal government has never done that very simple, fundamental, basic study.”

About Boyle’s denial of a true increase in autism, Posey said, “I know we have an autism epidemic. You know it. She knows it.  She knows we know it. But for some reason they refuse to acknowledge it publicly.”  Regarding Boyle’s assertion that the increase is due to better diagnosing, Posey said, “I don’t think anybody that’s intellectually honest with this issue can begin to fathom that lame excuse that she uses.” He also described an orchestrated campaign on behalf of the CDC and vaccine industry: “people who do all the blogging and shredding anyone who dares question the unaccountable bureaucrats.” He spoke of “their little media network [that will] twist the truth to disparage, to malign, to vilify, to denigrate anybody who wants any kind of accountability….”

Posey then discussed his co-sponsorship with Rep. Carolyn Maloney of the Vaccine Safety Study Act. He said the proposed legislation would compel the government to conduct a retrospective vaccinated vs. unvaccinated study of health outcomes. He felt it could be done with “accountability and direct oversight of the government”

In his closing remarks, Posey said, “The CDC can’t be trusted regarding investigating vaccine safety. Huge conflict of interest.  I think the CDC should be investigated.”

Representative Bill Posey is serving his third term in Florida’s 8th Congressional District. He serves on the Committee for Science, Space and Technology. He was instrumental in the release of CDC documents regarding a link between vaccines and autism. These papers are now being analyzed by several researchers, including Dr. Brian Hooker.

Brian Hooker, PhD, PE, has 15 years experience in the field of bioengineering and is an associate professor at Simpson University where he specializes in biology and chemistry. His over 50 science and engineering papers have been published in internationally recognized, peer-reviewed journals. Dr. Hooker has a son, aged 16, who developed normally but then regressed into autism after receiving Thimerosal (mercury-containing) vaccines.

The Focus Autism Foundation is dedicated to providing information that exposes the cause or causes of the autism epidemic and the rise of chronic illnesses – focusing specifically on the role of vaccinations. A Shot of Truth is an educational website sponsored by Focus Autism.  AutismOne is a non-profit 501(c)(3) organization that provides education and supports advocacy efforts for children and families touched by an autism diagnosis.