Connecticut Governor Dannel Malloy signed legislation repealing the death penalty today, making Connecticut the fifth state to do so in five years.  This seems to be a reaction of the trend of the 1980s in which states that had abolished the death penalty, decided to restore it.  Proponents of the death penalty believe that such is a deterrent to crime, is a part of restitution of those harmed, and sends a strong message of opposition to potential criminals and support to those who are victims.

Connecticut joins Illinois, New Mexico, New Jersey, and New York to become the 17th state without a death penalty. Montana,Colorado, Kansas, and Maryland have also considered repeal, and more than 800,000 Californians have signed to put the issue on the ballot in November.

“The death penalty is clearly on its way out. From East to West, states find the same flaws with the death penalty. It makes mistakes, is ineffective and unfairly applied, and it fails to meet the needs of the people whose loved ones are murdered,” said Silberstein. 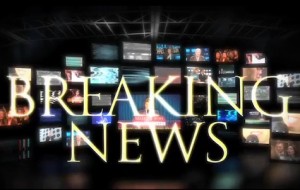 The Connecticut repeal effort was fueled by support from family members of murder victims. More than 180 family members called upon the Connecticut legislature to repeal the death penalty. Dozens called and visited lawmakers, spoke to the media, and attended the votes in Hartford.

These family members have repeatedly described the damaging effects of the death penalty, explaining how victims’ families – regardless of their personal positions on the issue – have been failed by the current system. The long trial and appeals process, which is necessary to prevent the execution of an innocent person, re-traumatizes victims, forcing them to relive the crime in both the courts and media.

“We’ve known for a long time that the death penalty costs millions more than life without parole, and that it fails victims’ families and law enforcement – the very constituencies it purports to help,” said Silberstein. “It is now difficult to say that we need the death penalty for the families of homicide victims, because in Connecticut and around the country they are calling for its end.”