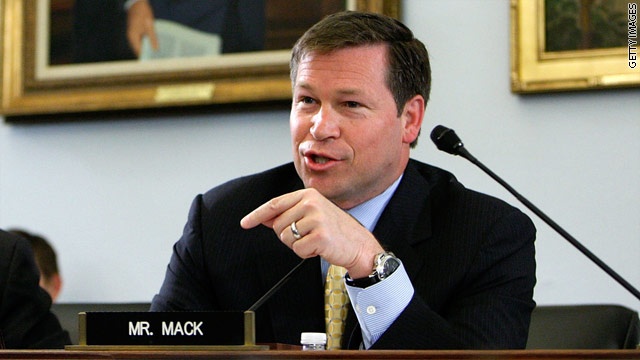 It sounds like a title of a movie about boxing, but it is the story of a former Congressman (Kennedy) who has (arguably) embarrassed himself and those who have supported him by his demonstrative affection of a dictator, Hugo Chavez and the current Congressman (Mack) who feels it is imperative that voters know about Kennedy and his activities.  It is unusual for members of Congress to share their disdain for one another in the mail that they write, but Mack believes it is important in the case of Kennedy or the public would simply be unaware of his activities.

Florida Congressman Connie Mack, who is also Chairman of the Western Hemisphere Subcommittee, wrote the following open letter to the former Massachusetts Congressman and liberal darling. Rumor has is, Kennedy wants to go back to Congress and Mack wants to stop it:

I am deeply concerned you have formed an exploratory committee as a prelude to a run for Congress in Massachusetts.  Normally I would not be concerned about your entry into this race, except your father, Joseph P. Kennedy II, has been a paid apologist for the repressive dictatorship of Hugo Chavez.

As Chairman of the Western Hemisphere Subcommittee, I have been vigilant in exposing the dictatorial aspects of the Chavez-led government of Venezuela and have been demanding action of the Obama Administration to stop the threat he poses for our American way of life.

This weekend’s visit by Mahmoud Ahmadinejad is the latest example of why freedom-loving people must stand up and speak out loudly against Chavez and his corrupt enterprises like CITGO.

I realize the sins of the father should not be borne by the son.  But your father’s outrageous and vivacious support of the ugly, dangerous despot, Hugo Chavez, is beyond the pale.

I have a simple question for you Mr. Kennedy – Do you support your father’s positions or denounce them?

All Americans await your timely response.

PS – I am giving you a platform to condemn Hugo Chavez, not perpetuate using our nation’s less fortunate as props for your father’s pro-Chavez campaign.