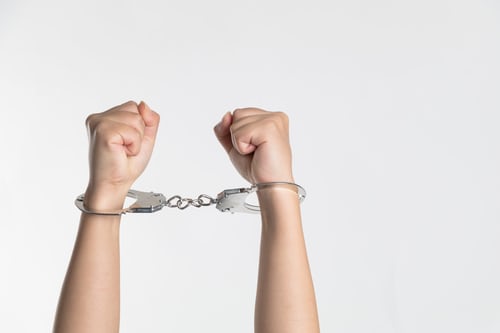 Call it a DWI, DUI, or OWI, it doesn’t matter. Driving while intoxicated is a potential legal nightmare for anyone. However, the consequences of getting behind the wheel after one too many drinks are far higher if you’re an immigrant. From experts like this DC Federal Defense Attorney, here’s what you need to know.

From the record of the DUI arrest to the criminal charges and conviction, the status of an immigrant in the United States can be affected. The first way status is impacted is the national database, which is a permanent record including fingerprints and photographs.

When an immigrant applies for immigration benefits, they are more likely to be denied. That includes work authorization, naturalization, visa renewal, adjustments in status, and even asylum. It can also affect the ability to maintain a green card. Criminal convictions can quickly lead to a denial of reentry into the United States.

While a judge will ultimately determine the deciding status, there are factors that come into play. Prior crimes and the facts surrounding the convictions aid in determination. Regardless of what the DWI entailed, it’s in your best interest to lawyer up as soon as possible.

There have been instances where an immigrant is deported after one or multiple DWIs, but they vary from one state to the next. Generally speaking, any DWI seen as a Crime of Violence is grounds for removal.

That could mean the intoxicated driver caused serious bodily harm to another or that their level of drunkenness constituted a felony. In the case of Leocal v. Ashcroft, the Supreme Court ultimately decided that deportation wasn’t necessary. Others have not been as lucky.

There’s also DWIs as a Crime of Moral Turpitude, with Hernandez-Perez v. Holden being a highly citable case. Hernandez-Perez was charged with a DUI while their child was in the car in the state of Iowa. While the DUI was not grounds for removal, the reckless endangerment of the child was.

A denial of either status is the more likely scenario following a DUI. While it still depends on the state and facts surrounding the crime, courts have found it easier to deny these processes based on DWI convictions.

In the case of Ragoonanan v. USCIS, Ragoonanan was denied naturalization after a DWI. He later fought this in federal court, where the judge deemed he could not be denied citizenship based on one drunken incident. So, how did two courts come to two different decisions?

The federal judge took note of Ragoonanan’s actions after the arrest. Even though he tested at double the legal limit in Minnesota, he chose to undergo a substance-abuse treatment and alcohol awareness course in addition to the consequences the court gave him. This, as with natural citizens, showed good moral character. So, Ragoonanan was able to lessen his sentence and still apply for citizenship.

Remember that each DWI is a case-by-case basis. No two are exactly same since the circumstances vary from one intoxicated driver to the next. If you’re facing immigration troubles after a DWI, it’s in your best interest to hire an expert like this federal crimes lawyer in NYC to help plead your case. The laws around drunk driving and immigration are complex, which means the right lawyer can make all the difference.

If you've missed A&E's Live PD, you will love Reelz On Patrol. The show follows police officers around the world...

Operating a motorcycle requires a special set of skills, both physical and mental. Motorcycles are less visible than larger vehicles,...

How well do you understand your insurance policy? Did you have a comprehensive look while purchasing or chose to go...

Your whole world can quickly collapse into chaos and turmoil if you are accused of something as serious as...

While many people are familiar with the United States Census every 10 years as mandated by the Constitution, over 100...