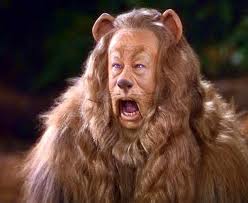 In the fall of 2010 the American people went to the polls and unequivocally repudiated the Obama administration. In a historic election, 63 new Republican House members were elected. Just a cursory review of campaigns shows that the primary reasons these new members were installed was to reign in federal spending and repeal The Affordable Health Care Act (Obamacare). When drafting the Constitution the Founders intended for the legislative branch to be the most powerful. They can write laws, tax and spend monies from the public treasury. For this reason they split the Congress and gave them different terms and different temperaments. The House, representing small districts and re-elected every two years tend to be more aggressive in their agenda. The Senate, originally elected by the State legislatures, and serving 6 year terms, were intended to be more thoughtful and cool the emotions of the House “…like a saucer cools a cup of tea.” The Founders also knew that a tyrant could emerge in the executive branch and they sought to minimize the damage that could be done to the people.

This is why the Constitution stipulates that all spending bills originate in the House of Representatives. No matter how bad a President behaved, in two years the peoples’ House could be replaced by new members who could cut the funds out from under a tyrant. With no money, even the most radical agenda can go nowhere. By any reasonable review, based on Founding Principles, this administration is tyrannical; from cramming through massive legislation with procedural trickery to engaging in war without Congressional approval, to looting the treasury. The problem we face is that we have no real leadership and no political courage in sufficient numbers to use the power given them. The election of 2010 was a clear message sent to our leadership: Stop spending! Repeal Obamacare!

The Republican led House should have passed the Ryan budget, attached a repeal of Obamacare to it, then stated emphatically that not one red cent of the People’s treasury would be spent until the Senate passed the budget and the President signed it. Sure, it would have gotten ugly and the administration would whine about the radical ‘terrorists;’ oh wait, they did that anyway! However, in the end had the House held strong, Obama would have no choice whatsoever. Eventually, he would have to cave and sign the bill. America would be all the better for it. The peoples’ vote would have been confirmed. But alas, this takes courage, principle, conviction, honor, pride, patriotism and selfless dedication; as rare in Congress as a capitalist in the Obama camp. The greatest Constitution ever drafted by Man is but pulp and ink when only cowards are available for its defense.

Keith D. Rodebush is a Christian, businessman, a writer and an armchair scholar. He has a Bachelor of Science in Architecture from the University of Arkansas. Keith is currently working on a novel and periodically writes at his blog “Ignarus Semino Dominatus”.