By US Daily Review Staff. Source: National Right to Work

This week, the U.S. District Court for the District of Columbia has struck down the National Labor Relations Board’s new rules dictating how union organizing elections are conducted, ruling that the Board did not have a quorum necessary to enact the new rules. 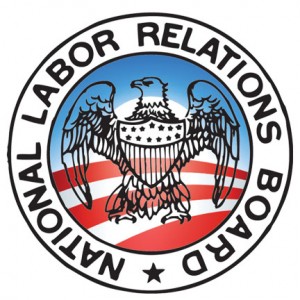 The National Right to Work Foundation – an organization that describes itself as “the nation’s premier advocate for workers who suffer from the abuses of compulsory unionism” – filed comments opposing the Board’s proposed new guidelines which would help give union organizers the upper hand over independent-minded employees.

The new rules dramatically shortened the time frame individual workers have to share truthful information with their coworkers about the adverse effects of unionization and to hear their employer’s views on the subject. In other words, the new rules were one-sided.

Mark Mix, President of National Right to Work, issued the following statement regarding the ruling:

“The Obama NLRB is determined to make union organizing campaigns as one-sided as possible and to stifle the rights of employees who may oppose bringing a union into their workplace.  Today, the court’s ruling demonstrates once again the biased way that the Obama Labor Board has operated –  a two member majority ramming through the final pro-union boss rule change with even asking the one minority member to vote.

The “decision prevents implementation of a rule that deprives employees of hearing both sides of the story about unionization and is a victory for workers.  However, despite this decision, a secret ballot election can’t prevent the fundamental violation of individual rights that occurs under union boss monopoly bargaining.”