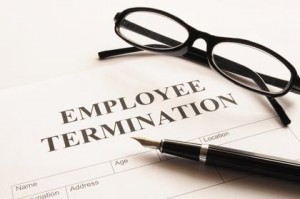 The Chicago Teachers’ Pension Fund (CTPF) described as “misleading” claims byChicago Public Schools (CPS) that the increasing pension obligations will cause the layoff of more than 2,000 workers. CTPF countered that CPS understood the increase would occur in 2010 when it struck a deal with the Illinois Legislature to provide three years of pension underfunding from 2011-2013.

Founded in 1895, the CTPF was adequately funded by the Chicago taxpayer for more than 100 years.  In 1995, the City of Chicago, struggling with financial problems, sought and received General Assembly approval to divert property tax levies that were earmarked for teacher pensions.

From 1996 to 2005, Chicago collected $2 billion in tax revenues intended for teacher pensions, but spent the money elsewhere.  In 2010, the General Assembly granted CPS’ request to postpone another $1.2 billion in payments as “pension relief.”

CPS currently owes about $600 million annually to CTPF due to the many years of underfunding, but last year paid only $200 million.

“When the employer doesn’t make any contribution for 10 years (1996-2005), then pays only a portion of its contributions for three years (2011-2013), those debts pile up,” said Kevin Huber, executive director of CTPF.  “Continuing to underfund the pension — as CPS proposed to the General Assembly on May 31 — will only exacerbate the problem.

“Next year, Chicago Public Schools must begin paying what it owes CTPF after many years of neglect.  Our executives, actuaries and board have been working tirelessly to provide factual, unbiased information so that the employer, employees, retirees and state of Illinois can work toward a reasonable solution to this difficult situation  — but to announce a massive layoff today and blame it on the pension obligation is misleading.  This is a problem that started almost 20 years ago.

“In a difficult environment, we will continue to prudently manage the retirement assets of more than 60,000 active and retired teachers — each of whom contributed, or is contributing, faithfully to the plan each and every month.  We hope CPS will meet its obligations.”