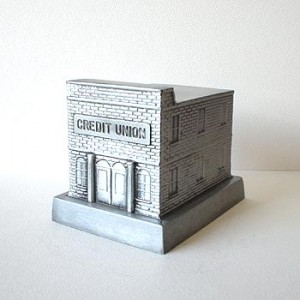 Credit unions continue to make educating their members about money a top priority, with 576 credit unions that responded to a recent survey indicating they provided financial educational and counseling to 1.6 million consumers in 2010.   That’s just one of the many findings from a new comprehensive report by the National Credit Union Foundation (NCUF) that illustrates how the credit union industry is improving the lives of its members through financial education and counseling.

“Reaching 1.6 million consumers is a major accomplishment, and we feel our survey is just showing the tip of the iceberg,” said NCUF Executive Director Wendell Sebastian.  The 576 U.S. credit unions that responded represent about 8% of all U.S. credit unions and about one-quarter of credit union memberships as of December 2010.  “Extrapolating the survey results, we estimate that nearly 20 million U.S. consumers received financial education and counseling from credit unions in 2010.”

NCUF, which is the charitable arm of the credit union industry, just released the free online report entitled “Credit Unions: Focused on Financial Capability Across the Nation.” The report, which was prepared under the NCUF’s signature REAL Solutions™ program, is the result of an almost yearlong data collection effort by NCUF with the help of state credit union associations (or leagues).

“Credit unions invest millions of dollars to provide financial education and counseling programs that touch millions of lives,” adds Sebastian. “Against a fragmented landscape where each credit provider is seeking maximum gain, not-for-profit credit unions continue to be true to their mission of serving as trusted advisors to their members and communities.”

Report Highlights – 1.6 Million Consumers Reached
The report reveals significant findings, such as (note that all figures correspond to calendar year 2010):

In an effort to help the credit union community understand the depth and breadth of existing programs, NCUF conducted a comprehensive national study of credit-union provided member and consumer financial education and counseling. The data derived from this study quantifies the extent to which credit unions are providing opportunities for members/consumers to advance their financial knowledge and decision-making skills.