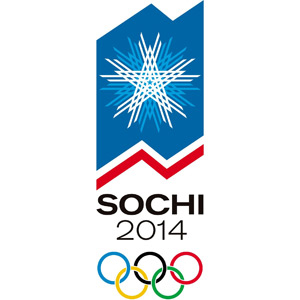 This morning was wonderful! After spending this past week watching the 2014 Olympic Qualifications in curling from Germany, this morning brought a wonderful conclusion to a nail-biting week. First – a short primer on US curling this year from my perspective.

Women’s curling has great depth and our women are going to the Olympics without having to play in the qualifier, thanks in part to a terrific showing at Worlds in January. We have a very strong team in Team USA (Team Brown), skipped by Erika Brown. The vice is Debbie McCormick (her fourth Olympics), former skip for our 2010 Olympic Team. The front end, Ann Swisshelm at lead and Jessica Schultz (her first Olympics) at second, round out a solid and competitive team for the United States in women’s curling. Allison Pottinger, rightly selected as the fifth member (in case of illness or injury, teams all have a fifth player), is the skip of the runner-up to US Nationals this year but her team won in 2012. Allison brings a great deal of experience to the team and makes some of the best draws in women’s curling. There is a lot of experience on Team Brown. As a team, they curled 86% at Olympics trials with Schultz at an amazing 92%. But stats don’t tell the whole story. The score at Trials was 8 – 7 with four ties during the course of the draw. The difference between curling at 50% and 80% is less than an inch. This is a game won by fractions of inches at times. Erika has a tendency to throw a tad heavy with her draws, something she has done when under time pressure.  Team USA will play very strong. Women’s curling has immense depth for the United States and will for some years to come. The very young Team Anderson, composed of mostly high school girls, (coming off World Juniors to play in the US Nationals two weeks later) and Team Hamilton (skipped by Becca Hamilton) shows that we have talent and strong, if still shaky, teams for future Olympics.

What clinched for Shuster in the just completed Olympic Qualifier in Germany was a spectacular double take-out by Jeff Isaacson in the 8th end to clear out all of the Czech Republic’s yellow rocks and set up an almost unheard of five point end. That put the US in the lead at 7 – 3. The Czechs scored two in the 9th end and gave up hammer, which means the US had last rocks. This is a strategic advantage in the last end since, if you are down by one point, you can set the rocks in the end to try to take two points. Shuster took out a Czech rock in the back of the house to sit one in the 10th, clinching a berth at the Olympics for the United States with a final score of 7 – 6. Jiri Snitl, skip for the Czech Republic, made several beautiful draw plays to keep his team even with Shuster until the 8th end. During the competition to represent the United States at the Olympic Qualifier, Shuster was throwing above 90%, as was Isaacson. A skip is usually the stronger player with the most depth and experience on the team. But a team is more than one member. John Landsteiner, at lead, threw an astounding 100%, and had excellent stats during the qualifier. The lead often sets up the end for the skip and those high percentages for Landsteiner are a good sign. The team made 92% of their shots against former Olympic Bronze medal winner, Pete Fenson, during the US qualifier. Shuster was on that team in Nagano that won the medal so he knows. In many ways, Team Fenson is stronger but the percentages and play were not with them. That is how it is in curling. Again, a fraction of an inch could determine whether you have a place on the podium or not. Shuster’s shots need to be better than the barely above 60% (unofficial stats) from the just completed Olympic qualifier to take on the likes of Thomas Ulsrud, David Murdoch, and Brad Jacobs. Erika’s brother, Craig, is the fifth for Team Shuster (another good choice).

Secondly – how does the United States compare? Here are some statistics for Team Canada on the men’s side. Brad Jacobs blew through the Roar of the Rings to represent Canada, practically demolishing every team he faced and pushing out strong teams with more experience in Glenn Howard and Jeff Stoughton, perennial favorites who bowed out surprisingly early from Olympic play contention. In the final, he faced the newly minted Team Morris (former vice for Team Martin, who won Olympic gold in 2010) for the honor. Martin selected former Olympian Brad Gushue for his fifth. Martin has been plagued by back injuries and curled in pain for most of the last year. Gushue has a mountain of experience as a skip and made for a great choice. Morris went head-to-head with Team Martin and went 1 – 1. But the win came to propel him into the finals against Jacobs. Jacobs has been slowly working up the Canadian ranks since 2008. With probably two of the stronger sweepers and biggest front end in the business in E.J. and Ryan Harden and the inclusion of Ryan Fry at the vice position and considering they are winning over 80% of the time, Jacobs finally has a team that could win it all in Sochi. He looks even stronger than the Team Martin with the high percentage front end of Ben Herbert and Mark Kennedy and the strong addition of Dave Nedohin at vice (his wife, Heather, won the Scotties). Could Canada’s men win it all again?

Sochi is two months away. This is enough time to practice and contemplate what might be. Great Britain (Scotland), Canada, and Norway are no surprises for the Olympics. Germany and the United States men had to play in the Olympic Qualifier to join them. So did China for the women, which is quite surprising. Bing Yu Wang has struggled this year since acquiring a new vice in January. But they claimed one spot. Japan and Norway are playing at this writing for the second spot and tied in the 5th end break at the moment. It might surprise some people that Japan and South Korea have been curling for over 20 years. Canada still owns this sport though. They start kids very young and cultivate talent across the country. We could use that model in the United States but it takes time and dedication and money. So what are our chances? Curling has become extremely competitive and anything can happen. For the men, I still think Jacobs will win the gold. For the women, I do think our own Team Brown has an excellent chance to bring home gold. But she has to face incredible talent in Jennifer Jones from Canada and Eve Muirhead from Scotland. Curling is a sport as much in your head as on the ice. You can defeat yourself by overthinking. And two months is a lot of thinking time. Go TEAM USA!