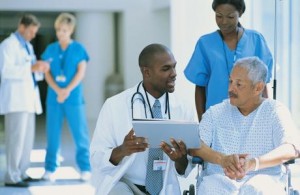 As state lawmakers return to Sacramento today after a month-long summer recess, California’s hospital leaders have warned that the state’s health care safety net is on life-support because of looming Medi-Cal budget cuts.

According to the California Hospital Association (CHA), last month’s announcement that the 96-bed Palomar Continuing Care Center in Escondido will close this fall due to pending Medi-Cal cuts is “the first of many health care dominoes that are likely to fall” unless legislators and the Administration reverse course and prevent the deep payment reductions from being implemented.

“California’s health care safety net has been shredded by years of underfunding to the Medi-Cal program,” said CHA President/CEO C. Duane Dauner.  “The announced closure of Palomar Health’s hospital-based skilled-nursing center is only the first of many likely hospital closures that will occur throughout the state unless lawmakers immediately reverse these devastating cuts.”

The pending cuts to hospitals and other providers stem from legislation enacted in 2011 (AB 97).  Although the payment reductions amount to a 10 percent cut for doctors and most other health care providers, the cuts are much deeper – averaging 25 percent or greater – for hospital-based skilled-nursing facilities.  Although the cuts were enacted two years ago, until recently the state has been unable to implement them because the issue was tied up in the courts.  In late May, however, the U.S. Ninth Circuit Court of Appeals gave the state approval to move forward.

Now, with just weeks to go before the end of this year’s legislative session, Dauner called the reversal of the Medi-Cal cuts “the great unfinished business of 2013.”

“Restoring these funds is critical to preserving access to quality health care and protecting our most vulnerable patients,” Dauner stated.

Access to quality health care already is being jeopardized across the state as a result of the looming Medi-Cal cuts.  In addition to the announced closure of the Palomar facility in San Diego County, Mayers Memorial Hospital in Shasta County and Eastern Plumas Health Care in Plumas County have both halted new patient admissions.  In Fresno County, Coalinga Regional Medical Center is considering options for closure.  In San Benito County, Hazel Hawkins Memorial Hospital also is making potential plans to shut down a 70-bed facility.  The 116-bed Seton Coastside hospital, which provides the only hospital-based skilled-nursing beds in San Mateo County, is facing drastic cutbacks.  And in San Francisco, 400-bed Jewish Home and 780-bed Laguna Honda Hospital are both scaling back services.

According to Dauner, a partial solution to the Medi-Cal payment crisis is contained in AB 900 (Alejo, D-Salinas).  The measure provides some limited relief to hospital-based skilled-nursing facilities, although it leaves retroactive cuts in place and doesn’t address the cuts to other health care providers.

The bill, which will be considered on August 12 by the Senate Appropriations Committee, has, to date, received overwhelming bipartisan support in both houses of the Legislature.  In late May, the bill passed out of the Assembly on a 76-0 vote; and in June, the bill passed the Senate Health Committee on an 8-0 vote.  Not a single lawmaker has cast a “no” vote on AB 900 so far this year.