Private sector workers are likely to see little or no improvement in the overall pace of annual wage increases in the coming months, according to the preliminary second quarter Wage Trend Indicator™(WTI) released today by Bloomberg BNA, a leading publisher of specialized news and information.

“The labor market has seen some improvement and increased stability lately, but it’s not enough to absorb the many people who are still out of work,” economist Kathryn Kobe, a consultant who maintains and helped develop Bloomberg BNA’s WTI database, said. “With the federal budget sequester in place and employers uncertain about the costs of the Affordable Care Act, I don’t anticipate the pace of hiring will become stronger anytime in the near future,” Kobe said. 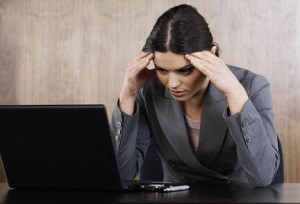 Kobe said she expects little or no change in the annual rate of wage gains overall in the private sector from the 1.7 percent increase posted in the first quarter of 2013, as measured by the Department of Labor’s employment cost index (ECI). The WTI does not forecast the magnitude of wage growth, only the direction.

Over its history, the WTI has predicted a turning point in wage trends six to nine months before the trends are apparent in the ECI. A sustained increase in the WTI forecasts greater pressure to raise private sector wages, while a sustained decline is predictive of a deceleration in the rate of wage increases.

Reflecting mixed economic conditions, three of the WTI’s seven components made positive contributions to the preliminary second quarter reading, while three factors were negative and one was neutral.

Among the WTI’s seven components, the three positive contributors to the preliminary second quarter reading were job losers as a share of the labor force and the unemployment rate, both from DOL; and industrial production, reported by the Federal Reserve Board. The three negative factors were forecasters’ expectations for the rate of inflation, compiled by the Federal Reserve Bank of Philadelphia; average hourly earnings of production and nonsupervisory workers, from DOL; and the share of employers planning to hire production and service workers in the coming months, measured by Bloomberg BNA’s quarterly employment outlook survey. The neutral component was the share of employers reporting difficulty in filling professional and technical jobs, also from Bloomberg BNA’s employment survey.

Bloomberg BNA’s Wage Trend Indicator™ is designed to serve as a yardstick for employers, analysts, and policymakers to identify turning points in private sector wage patterns. It also provides timely information for business and human resource analysts and executives as they plan for year-to-year changes in compensation costs.

The WTI is released in 12 monthly reports per year showing the preliminary, revised, and final readings for each quarter, based on newly emerging economic data.

The next report of the Wage Trend Indicator™ will be released on Tuesday, June 18, 2013 (revised second quarter)

Dr. Joel Popkin , who is acknowledged as one of the country’s foremost authorities on the measurement and analysis of wages and prices, developed the WTI for Bloomberg BNA. Formerly an official with the Bureau of Labor Statistics, Dr. Popkin has been an analyst observing and predicting the U.S. economic outlook for 40 years. Kathryn Kobe, who worked with Popkin in designing the indicator for Bloomberg BNA, is director of price, wage, and productivity analysis at Economic Consulting Services LLC.