Editor’s note: Kevin Price, Host of the Price of Business (on Salem affiliate and Bloomberg home in Houston, 1070 KNTH), and Publisher and Editor in Chief of the US Daily Review is covering Dreamforce 2011 for the second year in a row.  Each day he will be providing short posts covering highlights, low points, and interesting items that fall in between.

Like other Houstonians who saw the “merger” (AKA take over) of United Airlines with Continental, I was disappointed to see this dominent local business become a part of another company located out of state.  However, I am also a big believer of free markets and was open to the possibilities that come from mergers.  In most cases, in my opinion, the better company takes over other businesses. The merger has been taking place for quite some time, but until today my Continental Airlines ticket got me on such a plane. On this day, I found myself on an United Airlines plane.  Here are a few quick observations about that trip:

In the end, I was disappointed. I am sure there are growing pains that come with such a transition, but so far this passenger is not happy with the new product.

While at the Dreamforce 2011 event, I went ahead and attended the media reception.  My motivation was typical — free food — but I could barely stomach what I heard.  The language used by many of the journalists was revolting.  I hate to sound like a prude, but I hear in the language of those in media a different culture from the vast majority of Americans for whom they cover today’s news stories.  Not only are they clearly more liberal than the vast majority of Americans, they are also more crude than those citizen they report for.  It is a sad state of affairs indeed.

I have already begun visiting with several of the participants of Dreamforce 2011 and I was struck by an interesting trend I have found going from booth to booth — the huge number of former Salesforce.com employees who have left over the last year to create firms of their own.  I was told by many, “expect this trend to continue.”  Interestingly, these employees had an overwhelmingly positive view of Salesforce.com and were not leaving because they were unhappy with the company, but because of the opportunites the firm has created for partnerships.  As employees, they noted new applications and programs Salesforce.com could use to grow the business.  The quickest way to develop these was not through Salesforce.com’s infrastructure, but by those in the company who were entrepreneurial enough to leave and bring to market what the company needed.

It is an interesting trend and one that we can expect to see more of in the future. 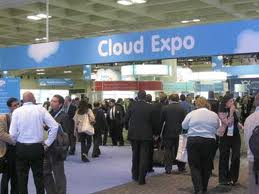