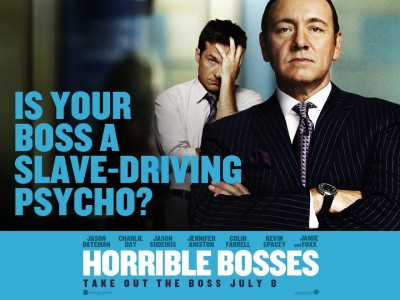 Everyone has had a boss they don’t like. Okay, hate. But the big question is outside of leaving how does one avoid them? In Judo it’s all about the transference of power with leverage. So in the business world how can a bad boss’ power be used for something positive? Carlton’s Training demonstrates the different leadership styles of bad bosses and how to manage them properly.

The first thing is to identify the style of leadership a difficult boss may present. After all they aren’t bad but simply difficult to deal with. Not every employee can hope for a motivational boss like Ben Zander from the Art of Possibility video. But what if they thought of themselves as such? A great strategy to give a difficult boss is an expectation to live up to. Instead of another fight on a particularly tough day, find a moment however brief it is and tell them they really motivated or inspired you.

The way this works is they now think of themselves differently. Their own perception has changed from knowing their employees think he’s a jerk to now believing he has to keep having great moments like these. And the great thing is he’ll see himself as the good guy in a typical leadership training video instead of the before guy. That guy that is always the problem that needs to be fixed.

The gentleman mentioned before is a great example of what a leader should be. Ben Zander has used the strategy of giving a positive expectation to live up to consistently for twenty years as he’s worked with gifted musicians and lectured to businessmen the world over. A Ben Zander video is intended to “inspire employees to be their best and it excites a need to excel.” The kind of thing that employees want to see from their boss.

So as the saying goes, recognize the change that is desired. Give it attention and it will come out more frequently. Focusing on the negative aspects of a boss only creates more tense moments. No one wants to leave their job and go out in that market. Besides, in the end it’s so much better to mold a boss into what the company needs from him or her. And who can say after this effort who really changed. The employee or the boss.