Editor’s Note: Dick Cheney’s new book, “In My Time” is being described as “controversial,” yet it is really a summation everything the former Vice President stood for, discussed, and believed while serving under George Bush.  The book encounters some key points in the 8 years he served and is unapologetic about the amount of power he had and the policy positions the president and him took.  Here are a few of the reviews you will find on Cheney’s book.  You can order it yourself here.

The official description from the book publisher: 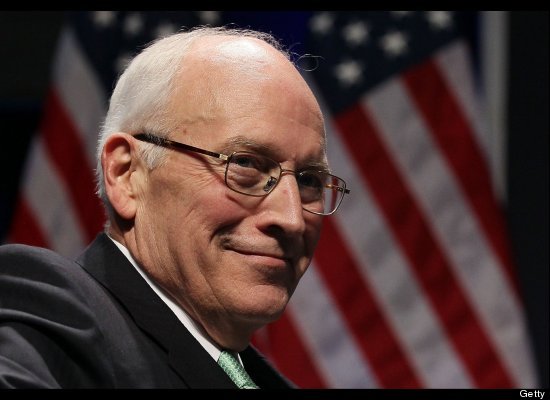 In this eagerly anticipated memoir, former Vice President Dick Cheney delivers an unyielding portrait of American politics over nearly forty years and shares personal reflections on his role as one of the most steadfast and influential statesmen in the history of our country.

The public perception of Dick Cheney has long been something of a contradiction. He has been viewed as one of the most powerful vice presidents—secretive, even mysterious, and at the same time opinionated and unflinchingly outspoken. He has been both praised and attacked by his peers, the press, and the public. Through it all, courting only the ideals that define him, he has remained true to himself, his principles, his family, and his country. Now in an enlightening and provocative memoir, a stately page-turner with flashes of surprising… (read more)

The Washington Times: “the adults returned”

In January of 1993, a desire for change led Americans to allow a bunch of children to crash into the White House. These hillbillies played Fleetwood Mac at their inauguration, and truly believed the Age of Aquarius nonsense acquired from their Woodstock days.

In the Summer of 2000, the adults entered the room for the first time at the Republican Convention in New York. Governor George W. Bush had chosen Dick Cheney to be his running mate, and Mr. Cheney gave a calm but hard-hitting introduction speech that one columnist described as a “dagger wrapped in velvet.”

In his steady voice, he sent a message to the children who had treated the White House like an eight year slumber party with many questionable sleepover guests. “The wheels have turned, and it’s time for them to go.”

The children tried but failed to steal the election. Their final temper tantrum came during their last days in power, when furniture was stolen and the White House keyboards had the “W” key removed from all of them. Liberal children define…(read more)

The New York Times: “the most powerful vice president in American history.”

Dick Cheney was vice president during the administrations of George W. Bush. By almost all accounts, he was the most powerful vice president in American history. After leaving office, he emerged as the fiercest defender of the Bush record, particularly on many of the most controversial measures it took on terrorism in the wake of the Sept. 11th attacks.

But he lowered his public profile after heart surgery in July 2010 that followed his fifth cardiac arrest earlier that year. He received a heart pump that most doctors say, saved Mr. Cheney’s life by taking on the task of helping… (read more)