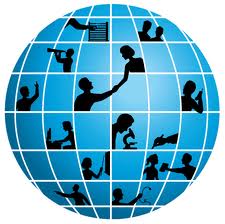 Recently I went out to lunch with a friend and business associate whom I consider a successful commercial Real Estate executive.  We were visiting and he discussed the importance of leveraging one’s time.  He mentioned a very interesting book, “The 4-Hour Work Week” by Timothy Ferris.  I have a love-hate relationship with this book.  In the end I was critical of how the author uses the concept in light of my dealings with him.  If he were someone that was my vendor or employee, I would have no problem firing him.  He would answer my emails weeks after I wrote him and at times they had nothing to do with what I wrote.  My thought was, if you were only going to work four hours a week you should at least do it well.  Anyway, I expressed my concern to my friend and he agreed — the book was full of unproven and theoretical concepts.  “However,” he argued, “there are also ideas in it that work in the real world.”  I could see that too, but I asked what came to mind for him.

He looked troubled by my question and glanced around the room.  He lean towards me and whispered, “outsourcing.”  Ah, the “o” word, which has become a hot topic in politics and is the center of many debates in boardrooms, living rooms, classrooms, and wherever people meet.  Simply put, outsourcing is the “exporting” of jobs to foreign countries in order to lower the costs of doing business. I agreed with him (and Ferris) on the value of oursourcing and asked him how he was practically using the concept.  At first, he acted like he did not want to answer. “It makes me feel, you know, unpatriotic.”  My response shocked him.  I said there is nothing more patriotic for an American than making money.  I went on to say that it is unpatriotic for the US government to have created the worst litigation and regulatory environment in the industrialized world and the second highest taxes among modern economies (after Japan).  My friend’s use of outsourcing was making it possible for his clients to enjoy some of the most competitive Real Estate rates in the city, making them very happy.

Feeling a sense of relief he answered my question.  Still not wanting to bring attention to himself or the conversation he whispered, “have you ever heard of ODesk.com?”  I responded, “was it something Oprah Winfrey developed?”  He smiled, but clearly was not impressed.  He felt this topic was serious and wanted me to treat it that way also. “No, the ODesk is saving my company a huge amount of money every year.” He went on to give me examples. “I needed a new phone system and after a brief look, I knew I was going to need help making a decision on it.  Through the ODesk I hired someone who went through dozens of phone systems and wrote me a report on the best four.  She charged me only $15.”  This young lady was from the Philippines.  He gave me more examples, “I know of, and have, in some cases, had schedulers, telemarketers, and more who can help with every aspect of a business.  There are many quality people for $3 to $4 an hour.  The cost of living in these countries are so low, these are decent incomes and I can often hire college educated people, who are surprisingly strong in English for this amount.  Furthermore, this amount is high, by their standards, and I always enjoy high quality work from surprisingly grateful employees.”

I checked out the site and was very impressed.  If you have a need to get extra things done, but lack the financial resources for US wages, consider researching the ODesk.com. The employee list is not limited to any country, but has candidates from around the world, including the United States.  They have interesting tools, including one to determine how much you are willing to pay and you can adjust it as you desire.  Meanwhile, if you have a problem with outsourcing, contact your elected officials and demand they create a political, economic, and legal environment that does not give businesses an incentive to move overseas.