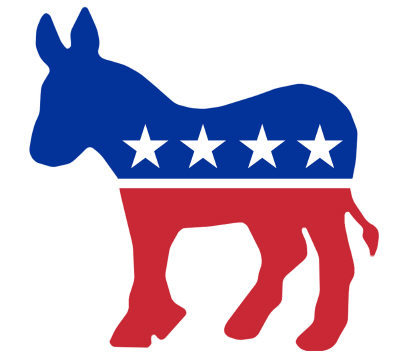 One of the most memorable moments to date  in the Democrats’ quest to get the White House back was during a debate in which all the candidates on the platform raised their hands in support of allowing illegal immigrants to get free healthcare.

The results of that action is likely to be devastating, as reported by USA Business Radio, “Sure, it is a little early to write a requiem for the Democrats in 2020. After all, it is a year and a half until the next Presidential election. The media still loathes Trump and seems to be doing everything in its power to make sure he loses, and the President’s negative ratings are really high.  At over 20 candidates, you could not ask for a more enthusiastic list of politicians eager to take Trump’s place.

“They are running against a candidate bolstered by an unemployment rate of less than 4 percent — which is considered full employment. These are dream numbers for a candidate. As a result of high demand for labor, real wages are going up for the first time in years.  In spite of the fact that this is a difficult economy to run against, and money seems to be the primary driver in voter behavior (we all still remember Bill Clinton’s famous retort, “It’s the economy, stupid!”), Trump is utterly unlikable. There are likely many that voted for Trump in 2016 that would love to have a viable alternative in 2020. The recent Presidential debate shows such a candidate will be hard to be found among that group.

“There was one moment in that debate that became a game changer for voters. The United States has a debt of over $20 trillion. In recent years pro-immigration candidates throughout western Europe have been profoundly rejected. People want to feel safe and part of that comes with firm borders. In a bizarre move during the debate the Democrats — who largely called for a border free USA, went even further. They said that each of them have health insurance plans that would cover undocumented immigrants.”

RELATED: IS THIS WHEN THE DEMOCRATS THREW IN THE TOWEL?

In addition to the Democrats’ passionate pursuit of voters that cannot currently vote for them, they are also going after voters that are very unlikely to vote for them.  For years rural areas have gone heavily towards Republicans while urban areas have voted Democrat. This is largely why the Democrats have wanted to eliminate the Electoral College.  If elections were determined only by popular votes, the cost for Democratic candidates to reach voters would drop significantly and they could focus almost entirely on around ten urban areas to get all the votes they needed. The rural part of the country would essentially be disenfranchised.  Yet, at least one of the leading Democratic candidates is heavily promoting a plan that greatly benefits rural voters. In fact, his proposal would likely preserve some of the current voters in those parts of the country and could attract new voters to that area.

One of the biggest things that has contributed to the decline of rural populations and economies is the lack of quality Internet access. The recent research points to rural areas declining, population wise, because of a lack of access. One of the most progressive Democratic candidates for President wants to do something about that. Reuters reports “Democratic presidential candidate Pete Buttigieg unveiled an ambitious plan on Tuesday to transform the economy of rural America, including spending $80 billion to provide high-speed internet and $50 billion over a decade to help farmers combat climate change.” Buttigieg is the Mayor of South Bend, Indiana.  Buttigieg, in a unusual political move, is courting a group that is unlikely to vote for him and the policy promises to help an area thrive that is unlikely to support him or his party. That might be good governing, but it is very dangerous politics, and will likely do little for the Democrats’ base.

The Democrats are a mess as they fight to take back the White House in 2020. The very progressive, The Daily Beast reports “Lower-tier Democrats are creating troll sites, sending gag gifts, and proposing new Cabinet departments in hopes of attracting just enough attention to make the cut.” “The cut” is referring to the system that the Democrats have developed to qualify candidates for debates.

But it isn’t just the “lower tier” candidates in trouble, but the party itself if it doesn’t reach out to voters that actually can or likely will vote for them.