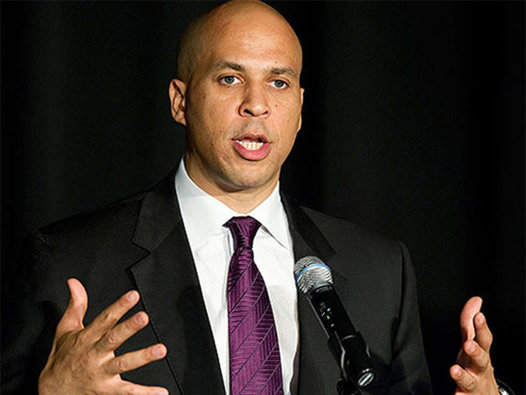 Term Limit group, 12 is Enough, supports Newark Mayor Corey Booker’s views this week on Meet the Press. Mayor Booker who is currently running for Senator of New Jersey as a Democrat has spoken in the past about his support for term limits. On Sunday’s show, he was speaking on the need for political reform in America. Mayor Booker’s quote of “The power of the people, is greater than the people in power” expressed his desire to see people get out and do something. He continued, “I am still frustrated when I see how difficult it is to get people to take relatively simple steps proven to make a difference – not to take a freedom ride, not to march against club and gas wielding state troopers, not to storm beaches in Normandy or Iwo Jima – but just to take small increased steps of service that, along with others doing the same, could make a significant difference. “

12 is Enough founder Ian Clark said he understands Mayor Booker’s point. Clark said, “I think that Americans coming together to improve Congress can be a simple first step that Mayor Booker is looking for. I believe if Congress works better, America works better. Mayor Booker is one of the few courageous politicians that have come out in favor of term limits.”

When asked about term limits by The New York Times in 2006, Mayor Booker said, “I’ve been asked many times do I believe in term limits and I say yes. And people ask me how long and I sort of go, uh, 8 or 12 years, I haven’t decided yet.”

“In fact I’ve talked to a lot of people who are involved in systems with term limits and they often say that 8’s too short, 12 may even be too long; 10 years seem likes the optimal time, I think, where you can make a real difference.”

Mayor Booker continued on this week’s Meet the Press “where I simply think we are in a zero-sum gain. If your side wins, my side loses. When we saw a spirit in this country that needs to be rekindled, it’s forget about a Republican or Democrat, right/left. We need to stop pulling right/left and start figuring out ways to go forward. And I believe that American people need to start demanding this from their politicians again. Not people who could stake out their partisan differences. But people who would stake out points, who can unite people and move us forward.”

When asked about Mayor Cory Booker’s comments on Meet the Press Ian Clark said, “I am open to working with any politician that is fighting to improving our democracy. Difference of opinion is great for our country, but we need to learn to come together on the ideas that both parties support. We are a nonpartisan organization, and think that is the key to making real change.”