By the Family Research Council, Special for US Daily Review. 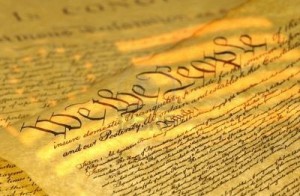 As we approach the second anniversary of the healthcare law’s passage, today the Obama administration issued a notice of proposed rulemaking in an attempt to placate the millions of Americans – at least until after the election – who have moral and religious objections to being forced to cover or pay for contraceptive services. This mandate, issued on August 1, 2011 and finalized on February 10th, 2012, includes drugs that can destroy early human life, and includes contraceptives and sterilization which many Americans oppose.

Jeanne Monahan, director of the Center for Human Dignity at the Family Research Council, had the following to say:

“After receiving tremendous pressure from both the left and right on the profound violation of religious liberty that the HHS mandate is, the president is now trying to buy time until after the election. Just this weekend the New York Times showed in a poll that the majority of women and men do not agree with the president on this issue. I don’t believe the American people will be fooled by the latest rule issued today.

“The reality is that the HHS mandate forces women like me to violate our consciences by paying a premium to an insurer who will then provide free coverage of drugs and devices that can cause abortions.

“At the end of the day, no accounting gimmick changes the fact that the mandate forces religious organizations to pay health insurance companies for coverage to their employees with drugs and services that simply violates their religious convictions. You may not agree with such religious beliefs, but freedom to exercise one’s religion is a constitutional right and should be protected by the president under the First Amendment.”